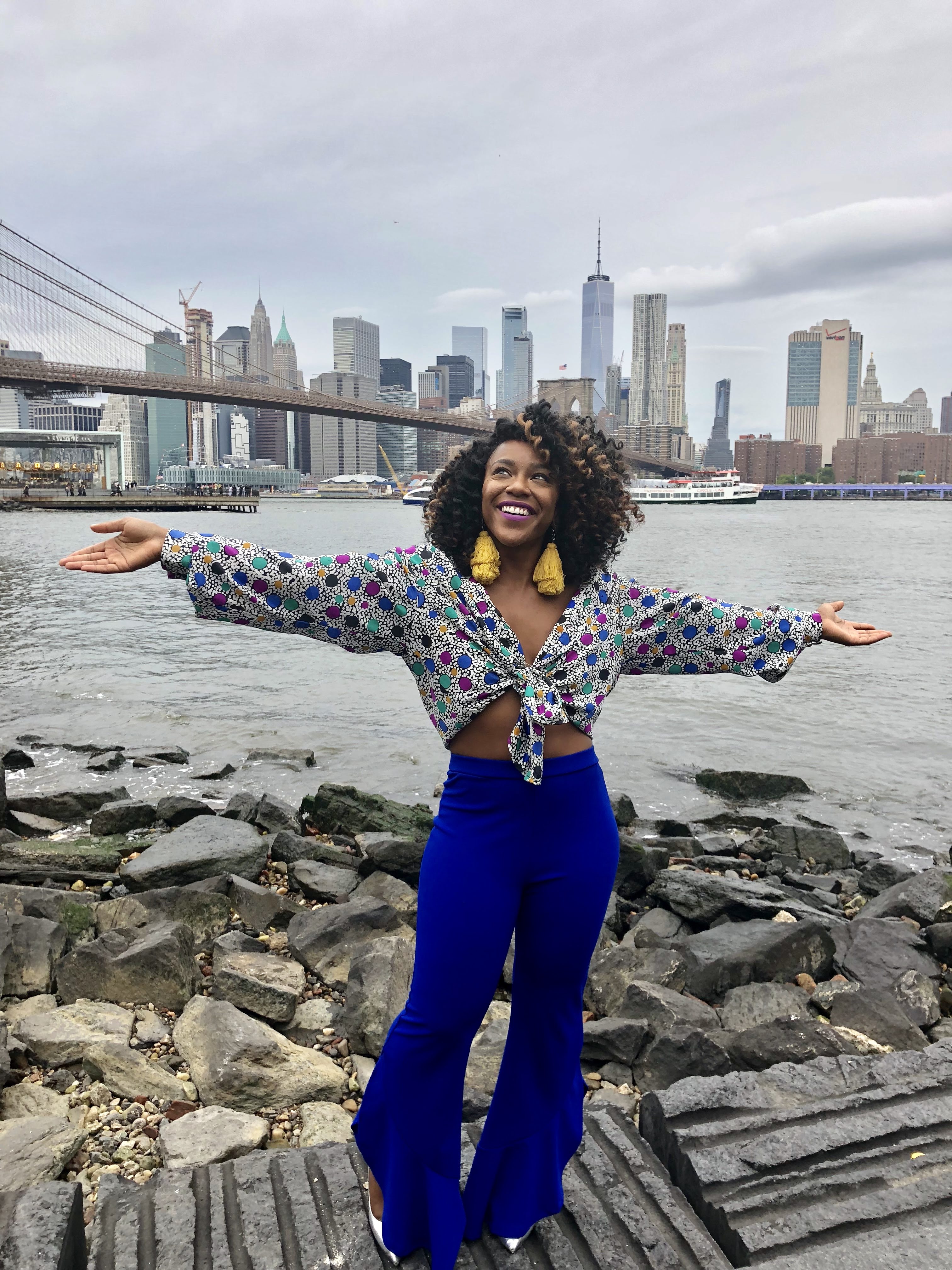 My latest living spree was my very first New York Fashion Week experience. I was only in NYC for a weekend getaway so naturally, I crammed a ton of things into 2 days! But, that’s what a living spree is all about—indulging life no matter what. For over 6 years, participating in NYFW was a bucket list dream of mine.  However, I always came up with an excuse not to attend—I’m not qualified to be there; I have to work; I am not prepared, etc. This year, I refused to get in my own way again and I finally took that leap of faith! This blog will cover some specifics of the fashion, but I would like to focus more on the experience I had in hopes of inspiring you to take a leap and do something you’ve always wanted to do as well. You never know the outcome unless you try! 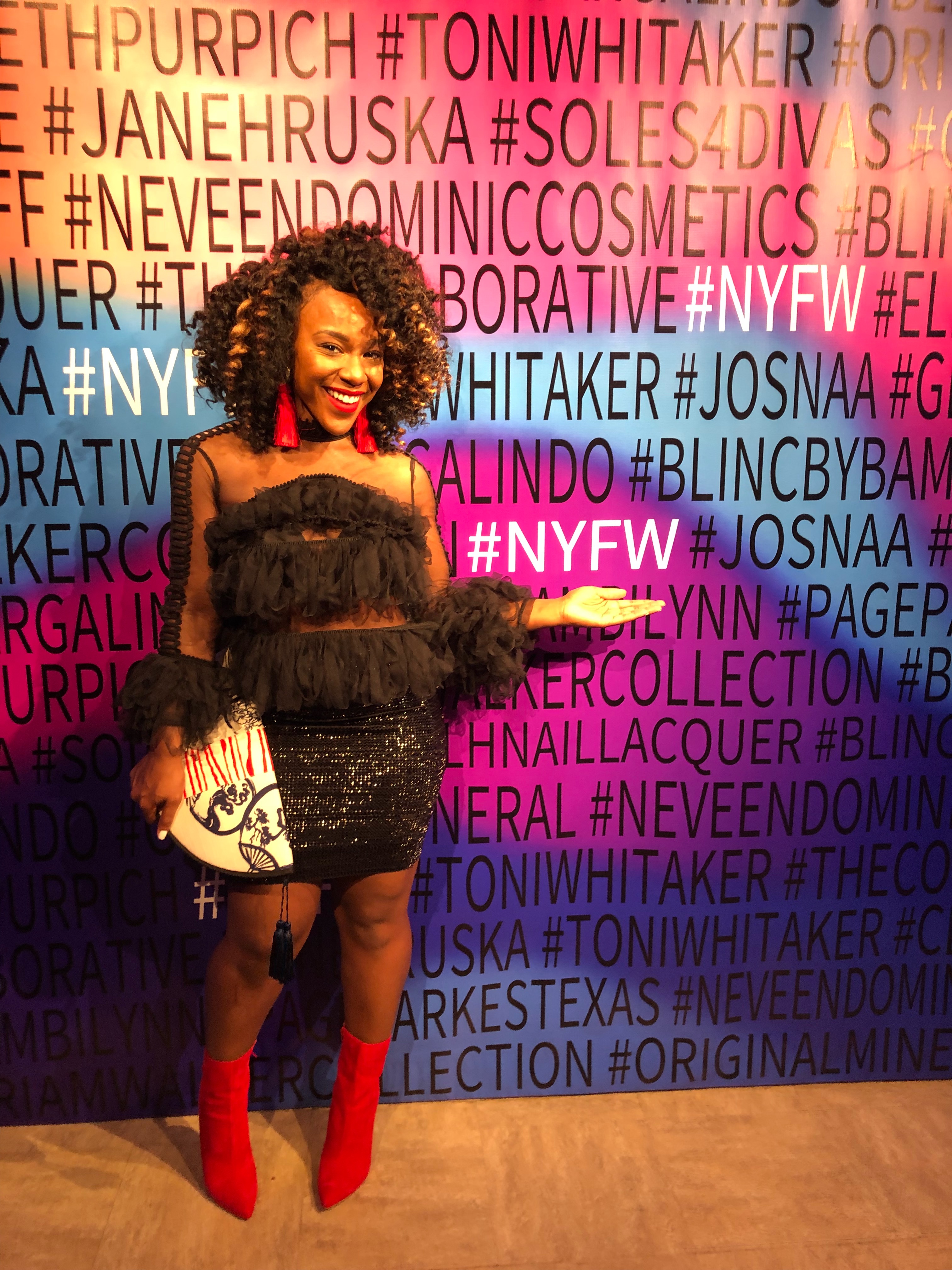 NYC is pure magic and is always a source of inspiration and entertainment for me. Although I’m from the South, I’ve always loved the hustle and bustle of the city. Maybe it’s the tall skyscrapers and city scape that make me feel fearless or maybe it’s the creativity that I see simply by people watching. Whatever it is, it’s like a breath of fresh air. I wanted to enjoy the city and some of the entertainment and sights on the first day in order to maximize my time and also my experience. I dedicated day 1 of my living spree to exploring the city.

Rose Mansion was the first stop on the agenda for Saturday. Rose Mansion is a traveling museum dedicated to the history and making of rosé. It’s also every blogger’s dream because it’s filled with tons of boomerang and photo ops—a “content” castle if you will! While walking through the rooms of the museum, we sampled 10 different rosé from all over the world while learning the history of this classic beverage. Although Rose Mansion had nothing to do with fashion week, it was an awesome way to get my “creative juices flowing” (pun intended lol)! 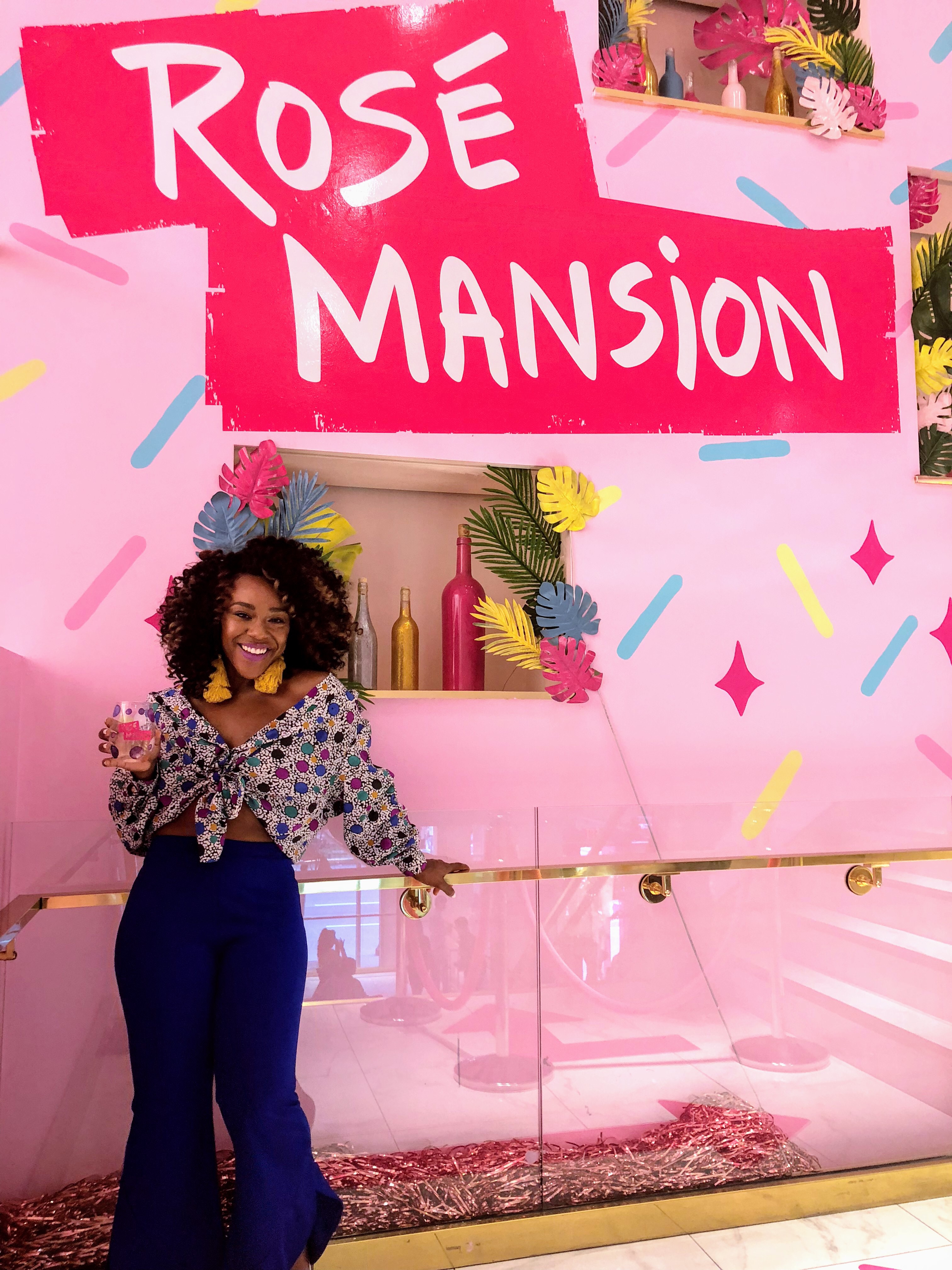 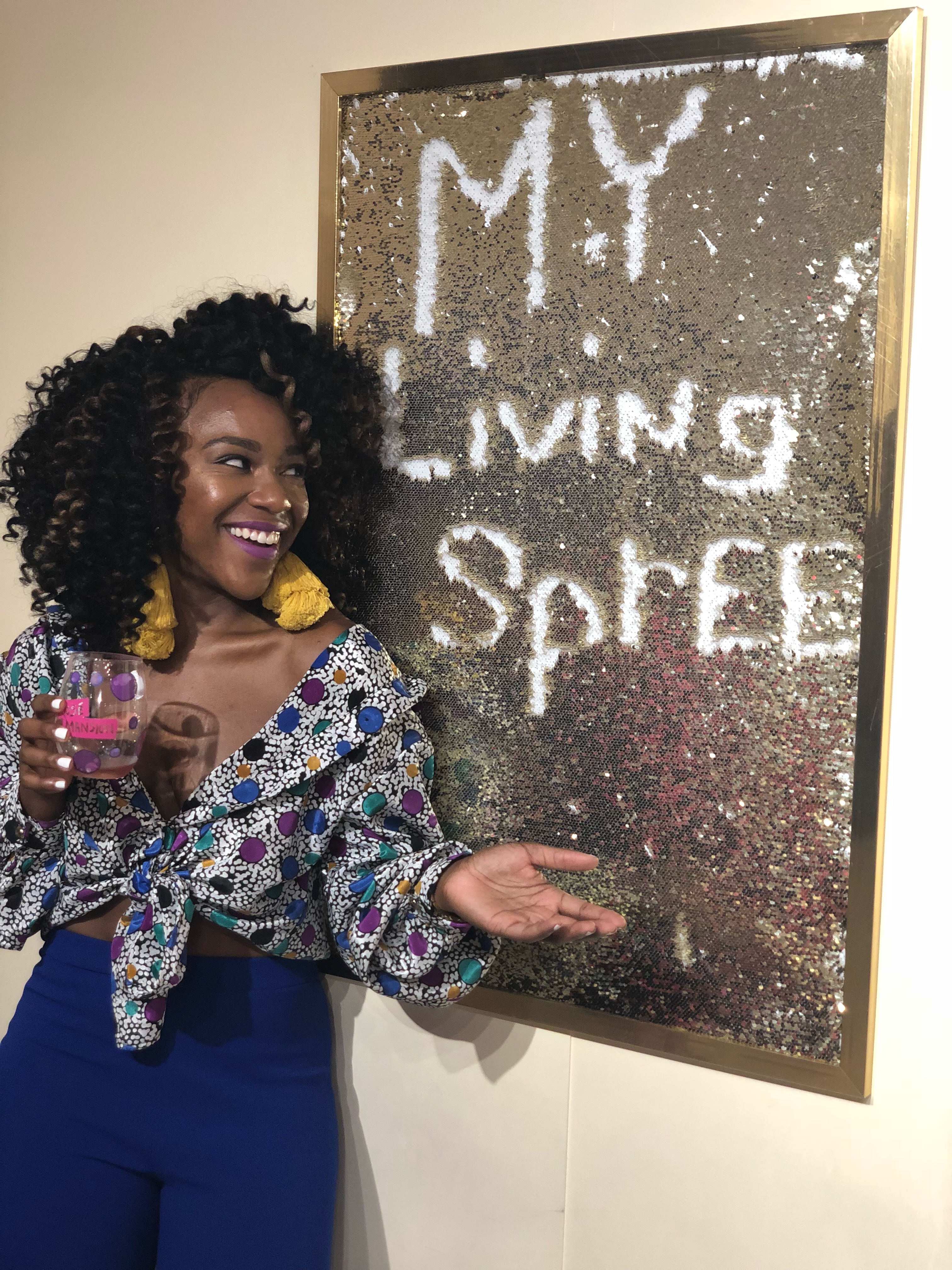 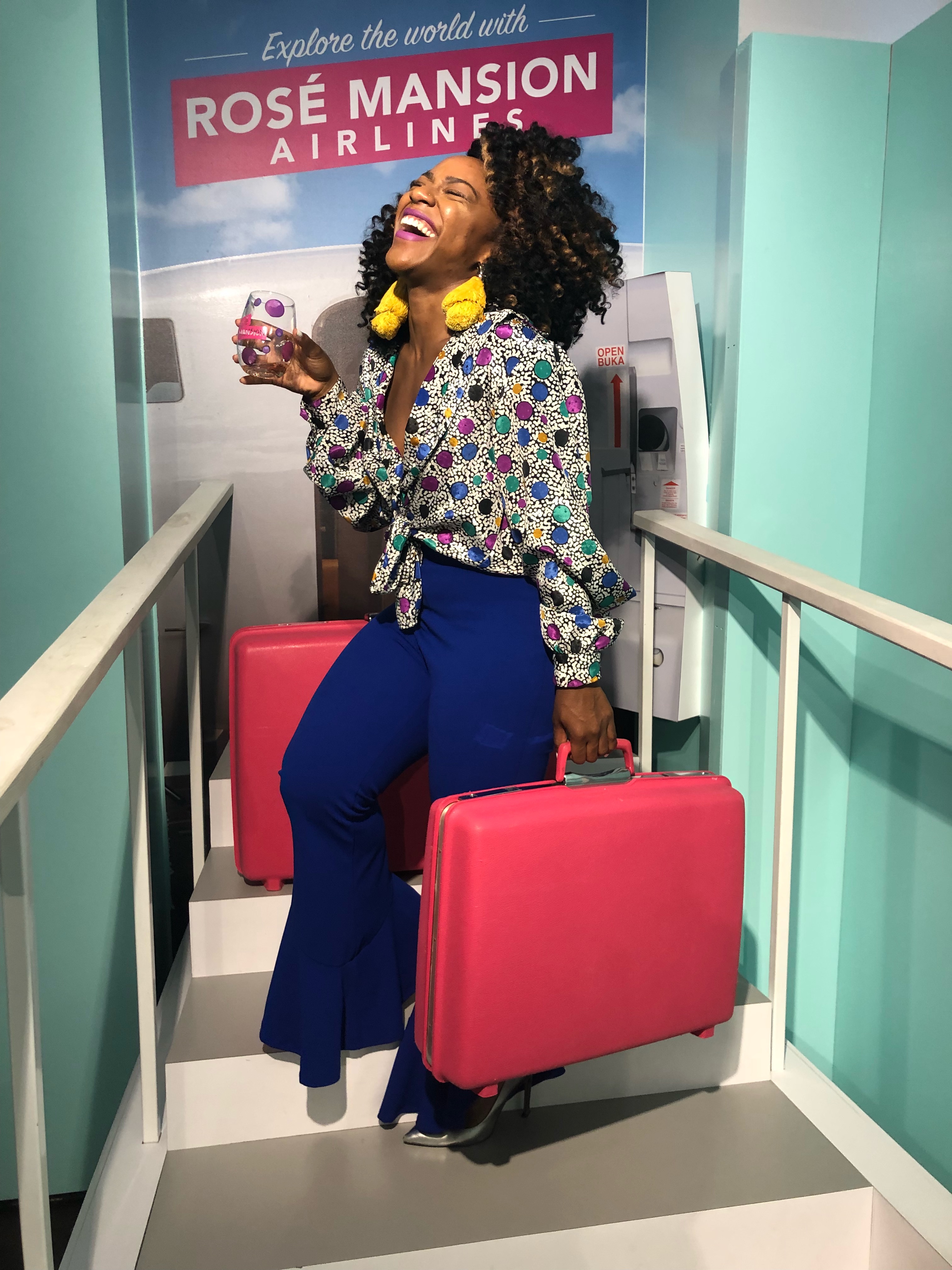 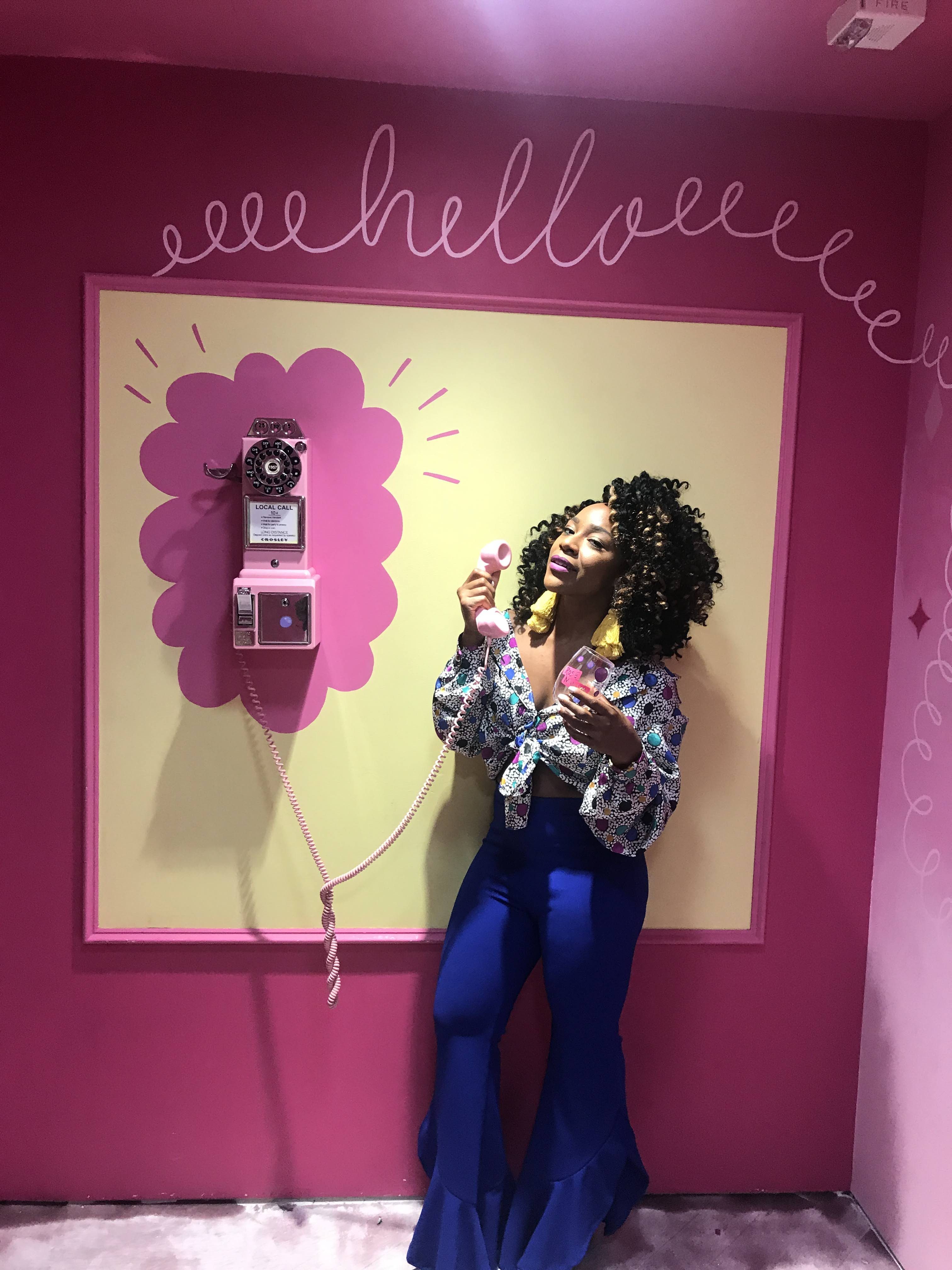 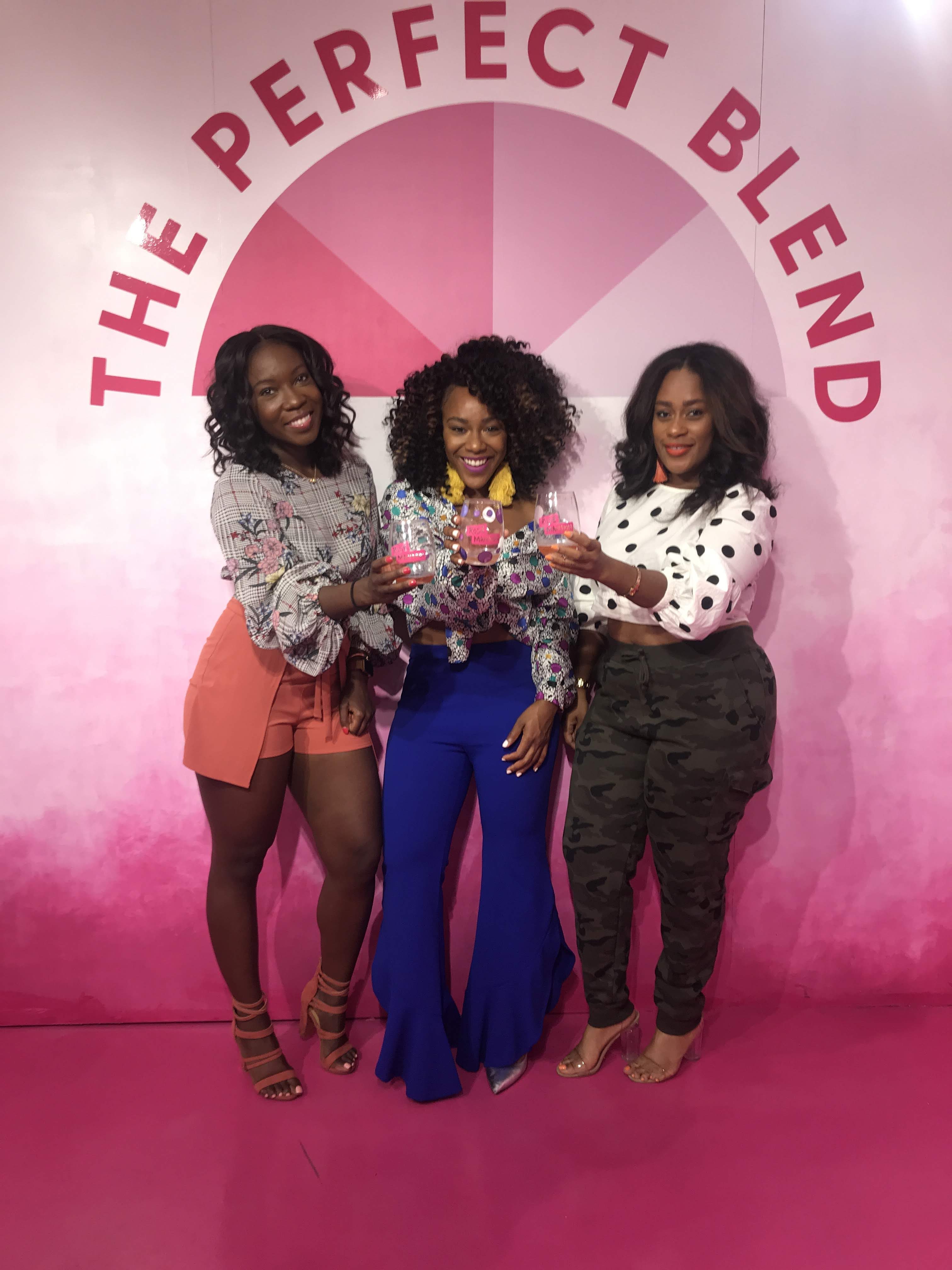 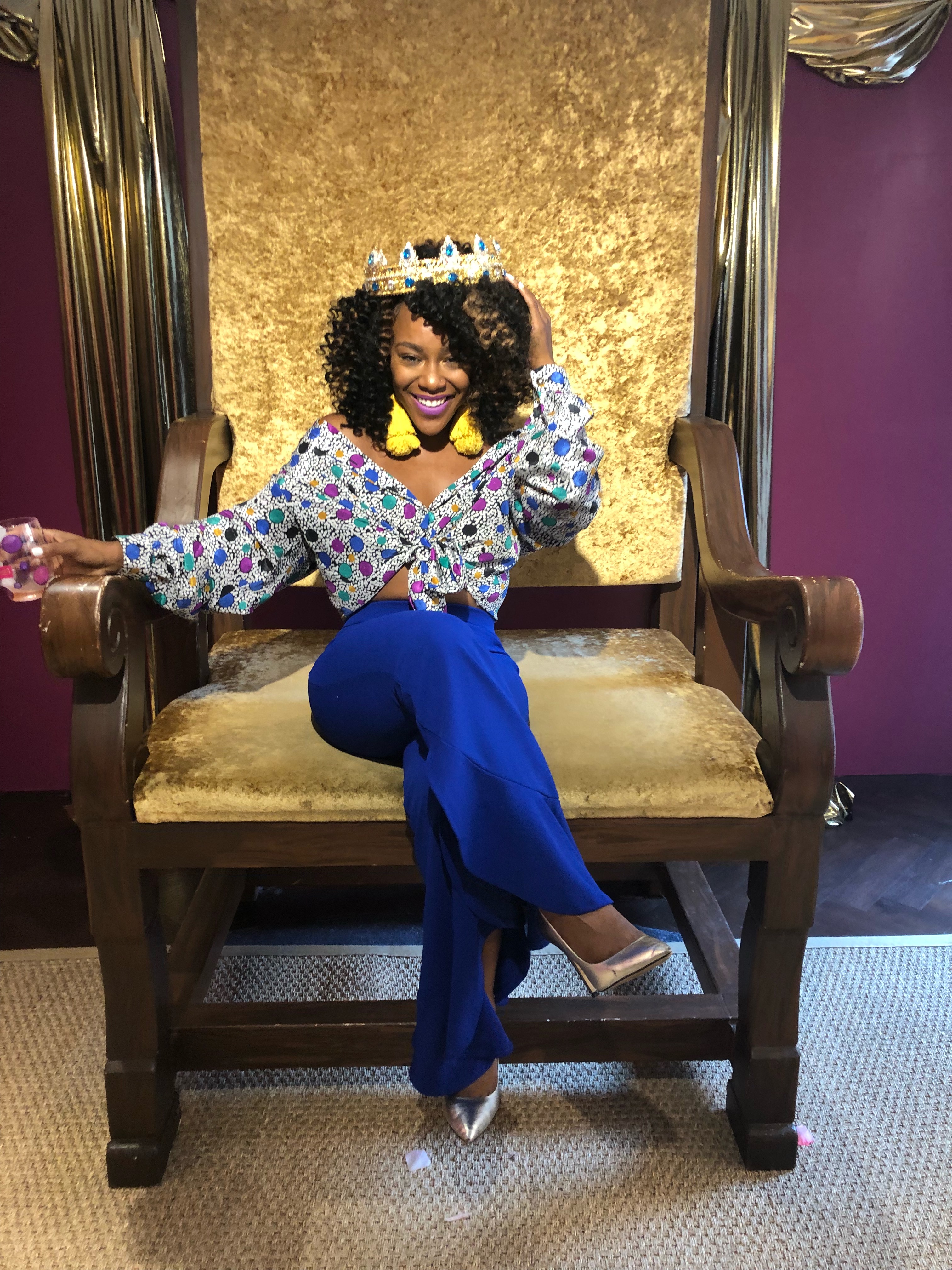 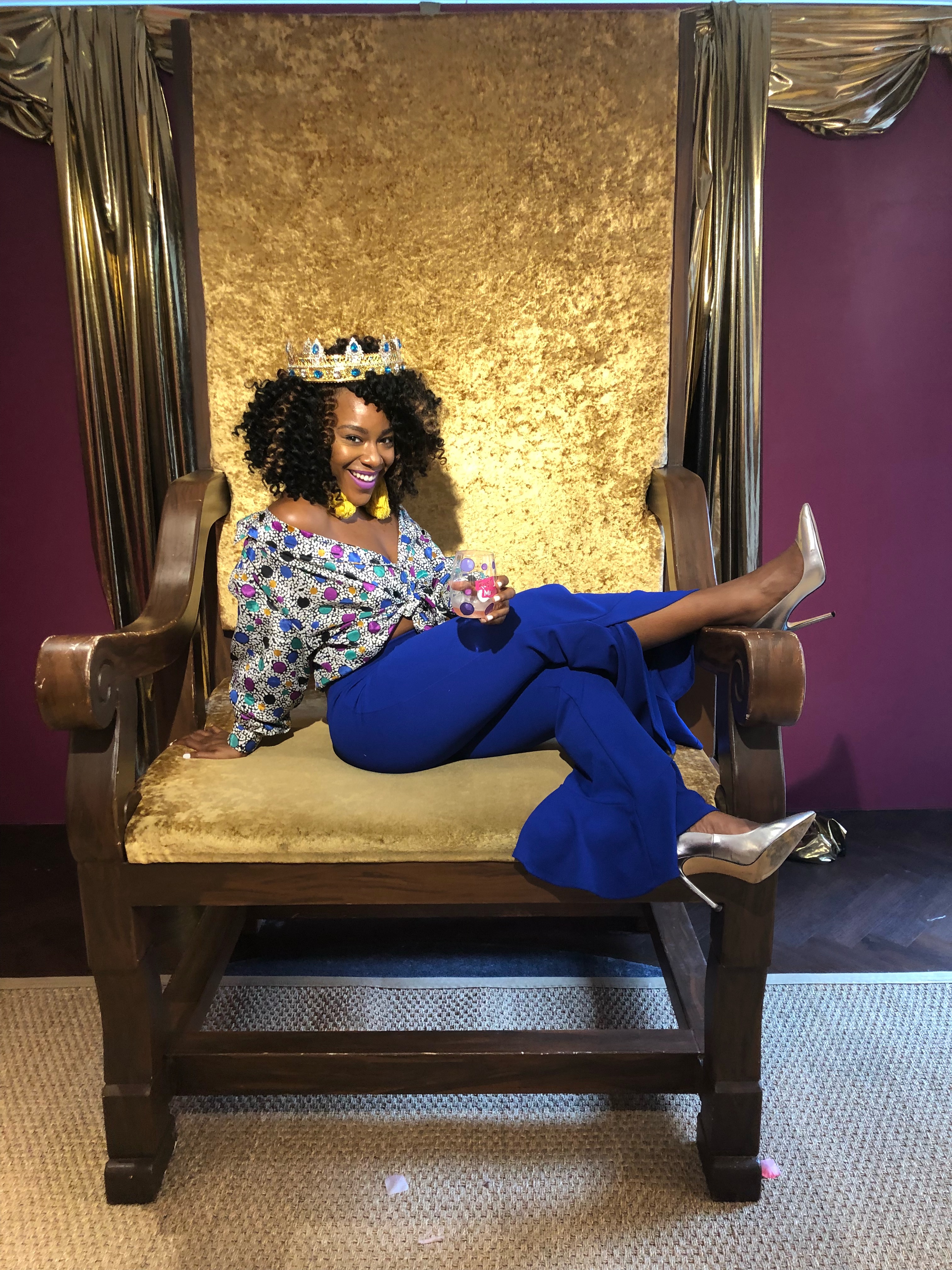 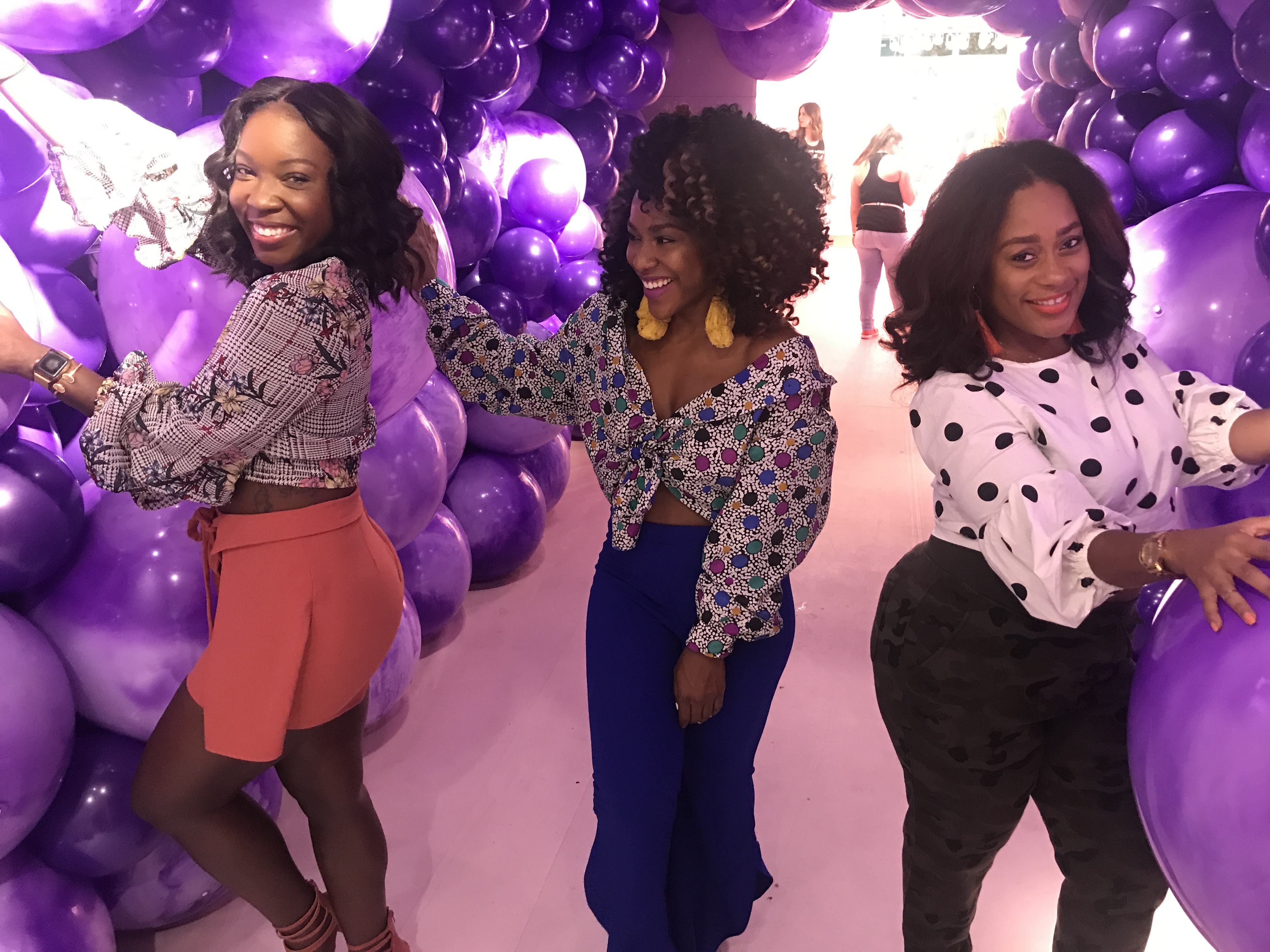 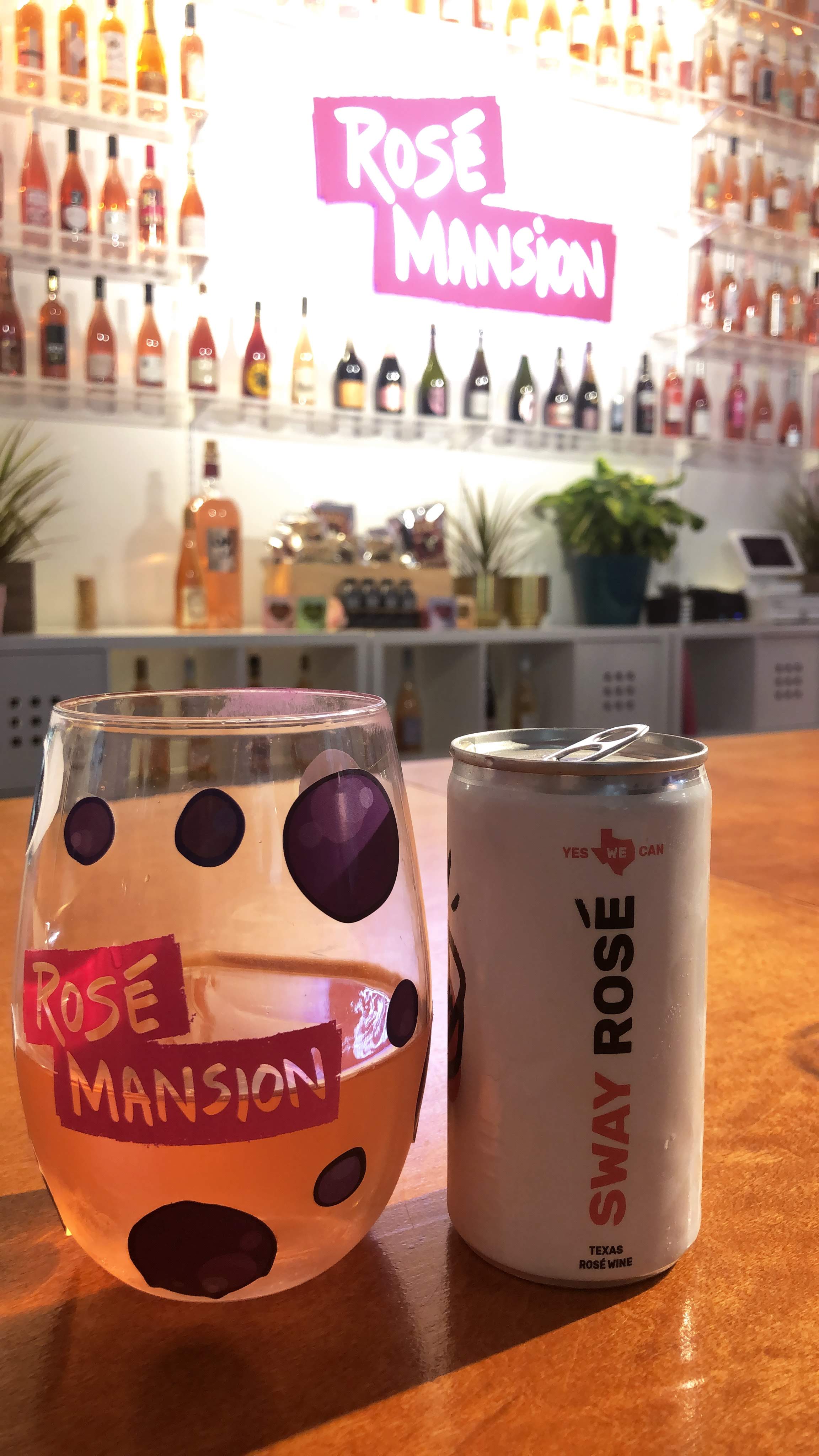 (Final sample of the day: Sway Rose’ from Texas)

Next stop was Dumbo Brooklyn to experience the infamous Washington Street—everyone’s favorite street for a photo op. This location is popular because of its corridor-like view of the Manhattan Bridge. As you walk closer to the bridge to the end of the street, there is a spectacular view of the East River. I’m always searching for a breathtaking view when I travel and this spot definitely lived up to the hype! 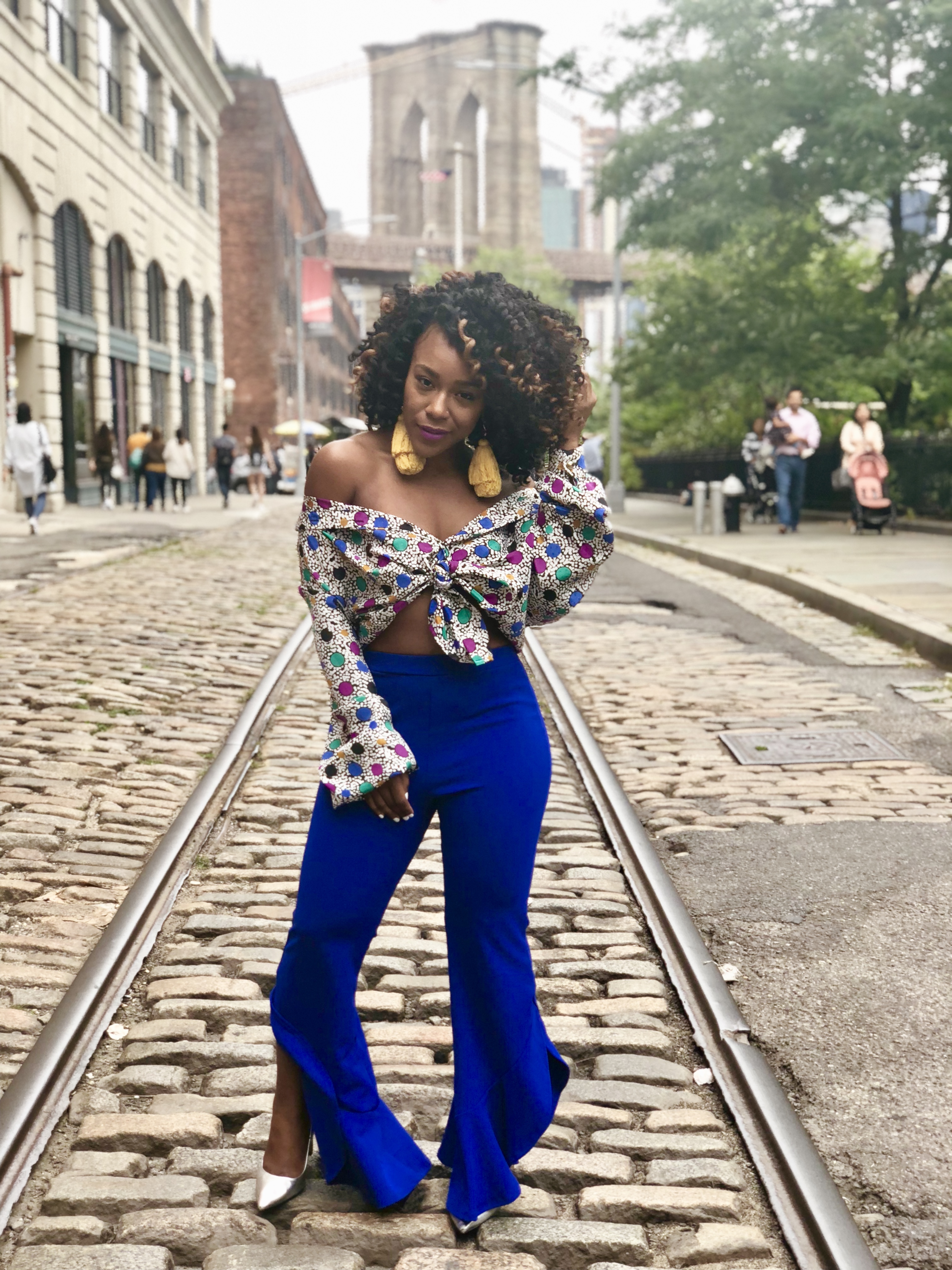 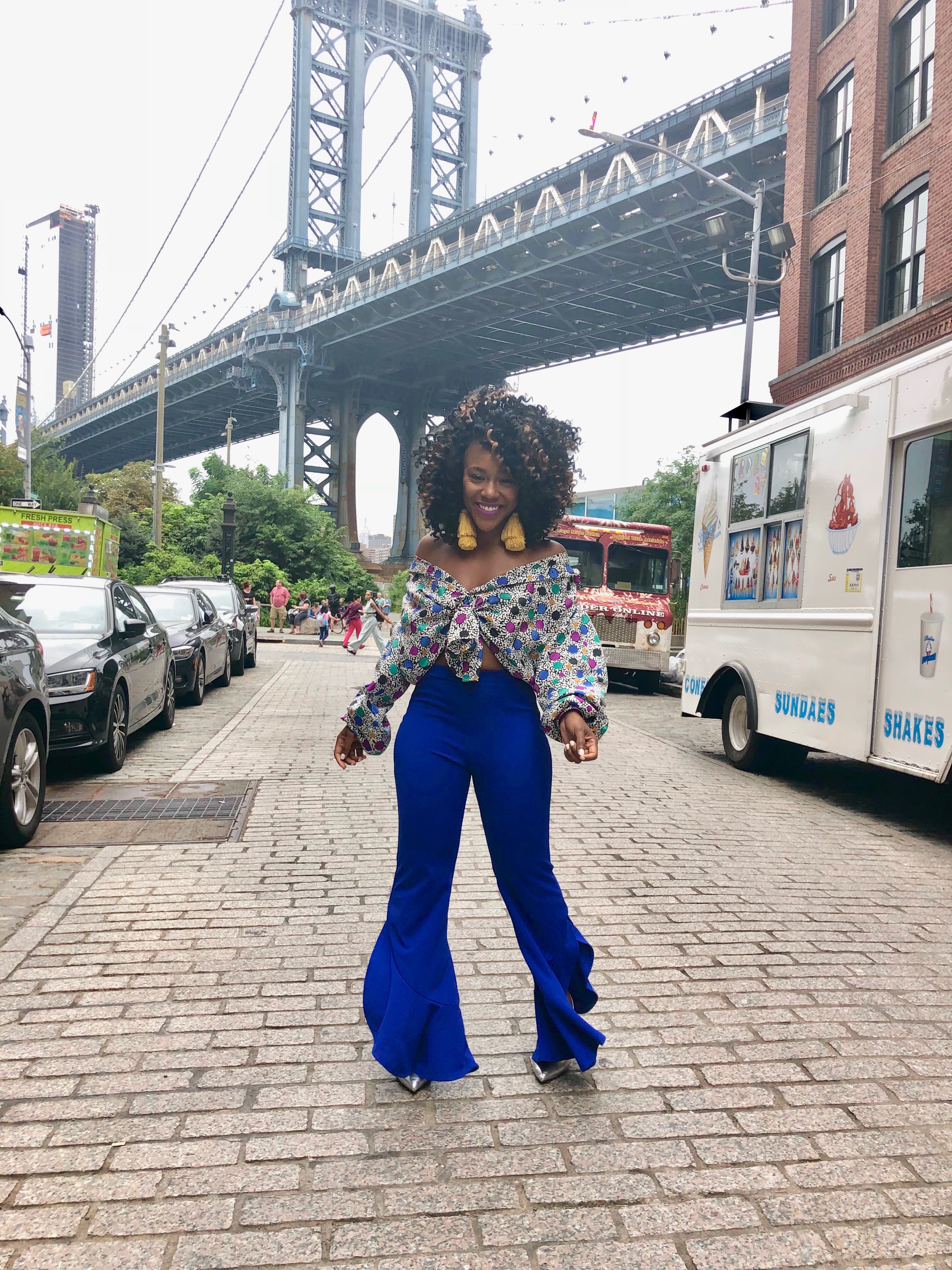 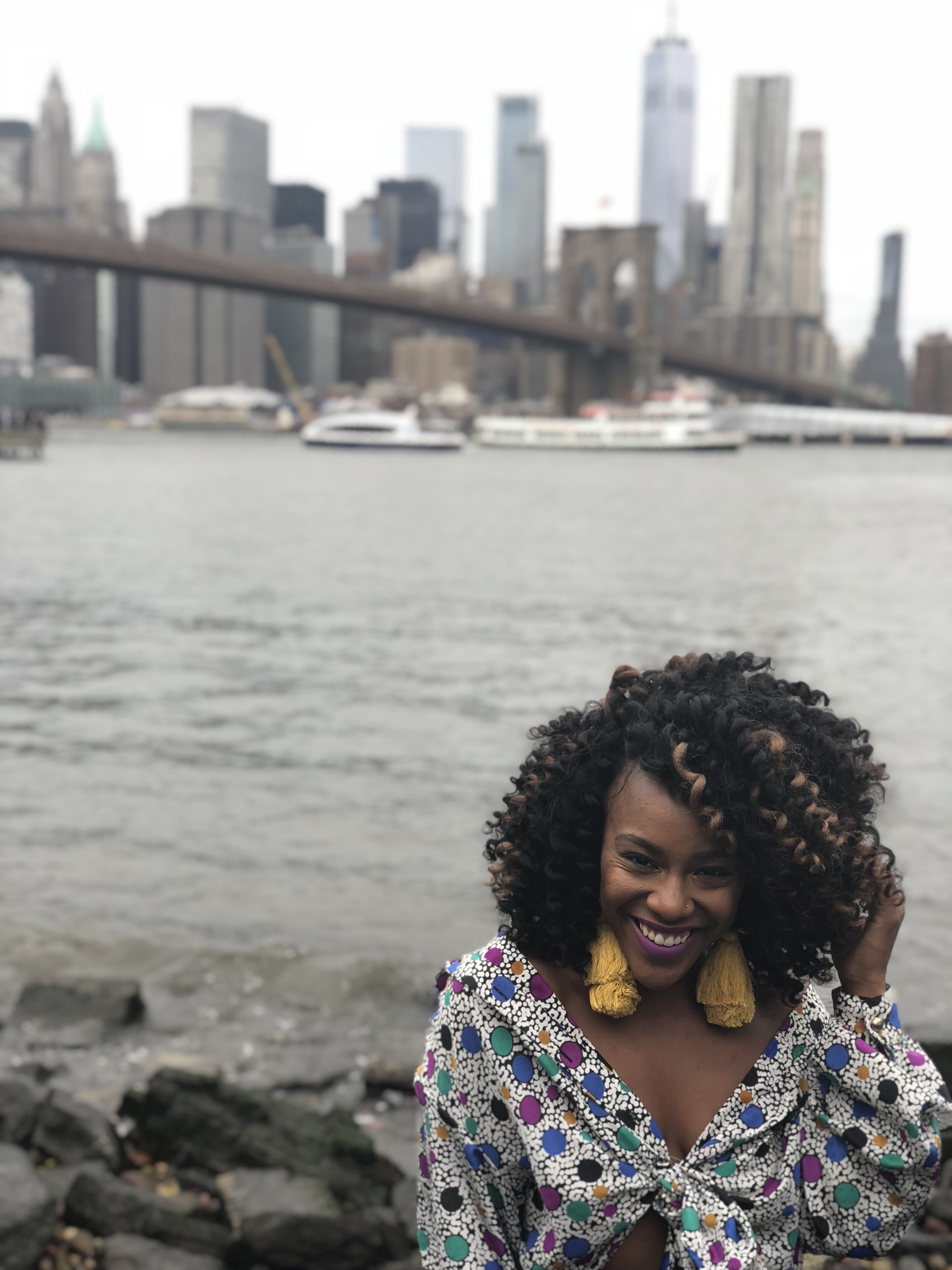 After exploring the city on Saturday and catching up with friends, I finally got to the nitty gritty of my NY fashion weekend experience on Sunday. First stop—Essence Street Style. “Street Style” began as a section of Essence magazine and has since evolved into a block party and staple of NYFW.  Hundreds gather in fabulous “street style” fashion to celebrate black culture, community and style. When you look around, everyone was dressed to the nines and photoshoot ready. I was beaming from ear to ear and taking notes at the same time ☺ 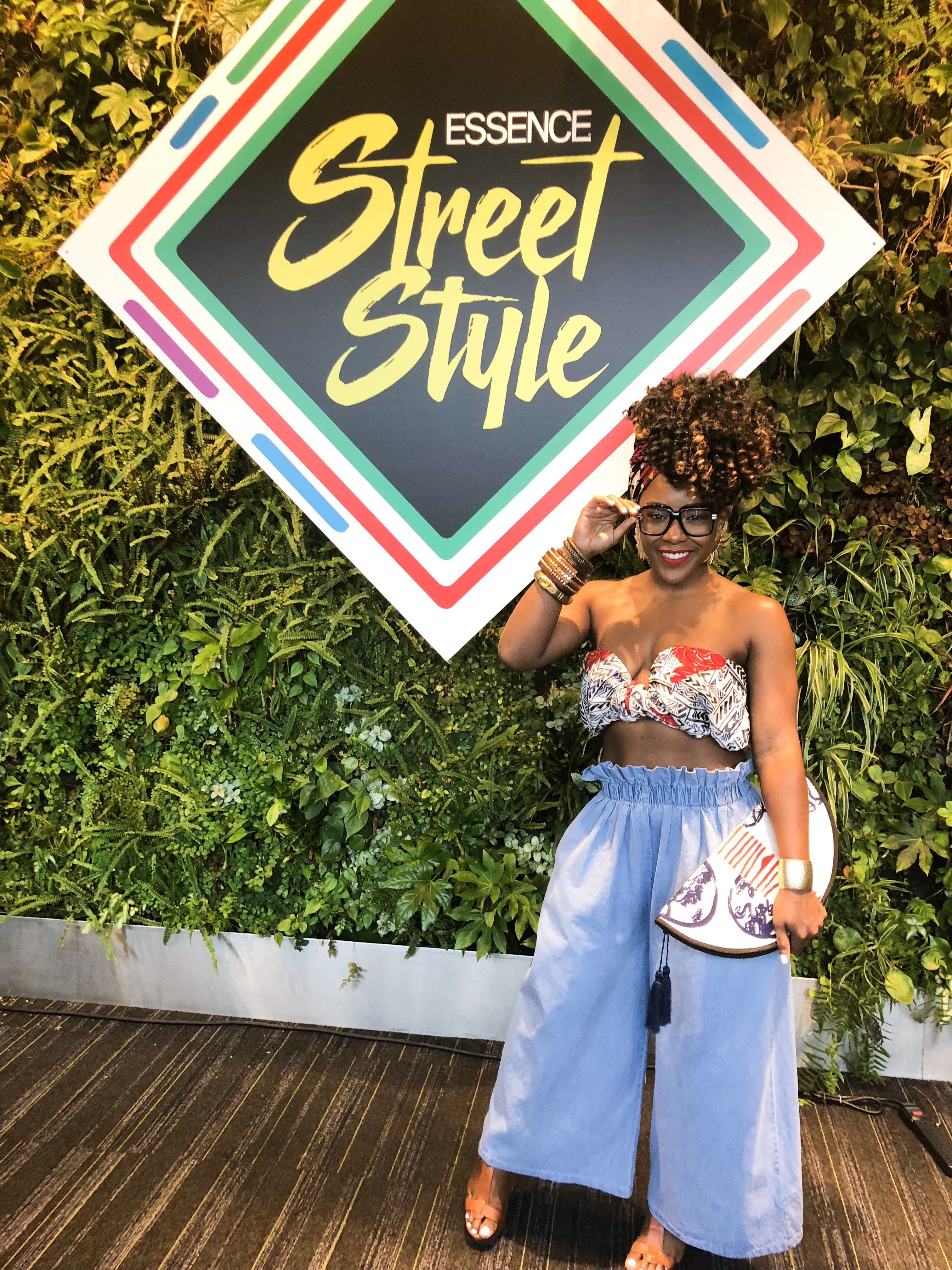 There were numerous black-owned vendors at the block party, so I did what I do best—shop!  My first purchase of the day was a stunning gold choker. I had been looking for a statement a piece just like it, so you can imagine how excited I was to finally find it! I also had a chance to see the new Lebron James limited edition women’s sneaker, which is the result of a collaboration spearheaded by incredible black women designers and a partnership between Nike and Harlem’s Fashion Row (“HFR”), a movement founded to increase diversity in fashion. It was great to see the shoes in person and also to learn about their ground-breaking significance, especially given that the shoes sold out in little over 5 minutes after they launched earlier that week. 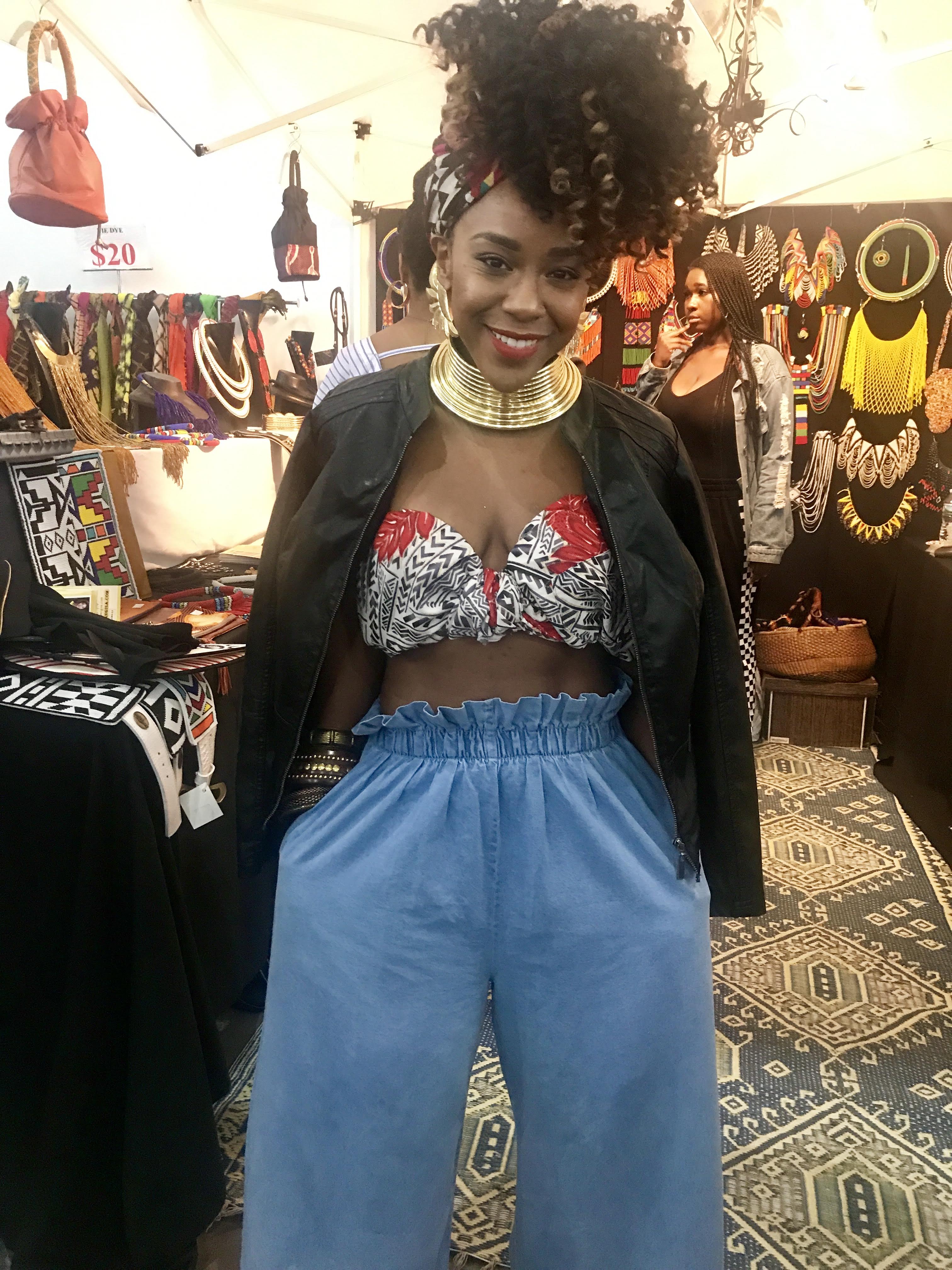 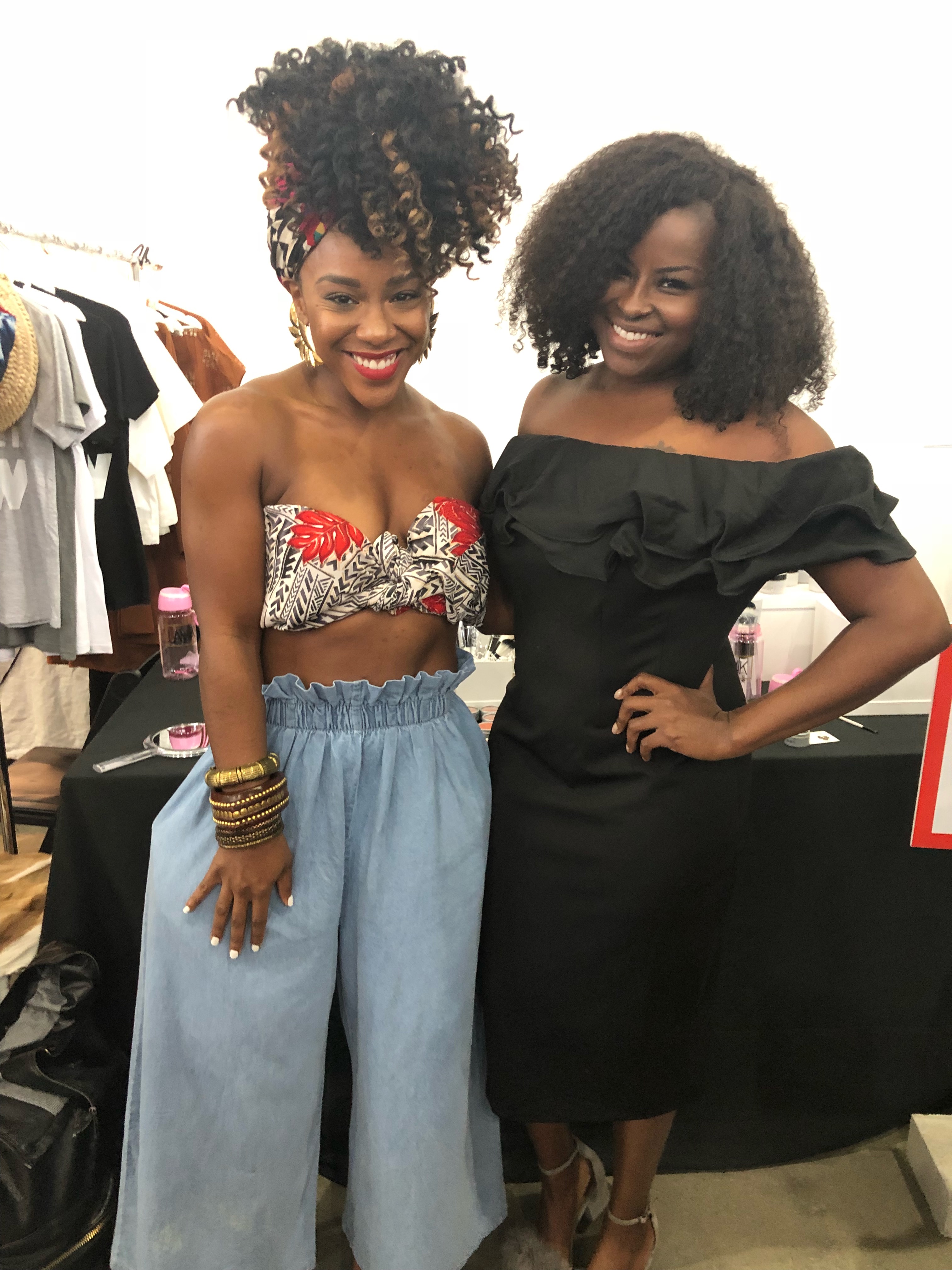 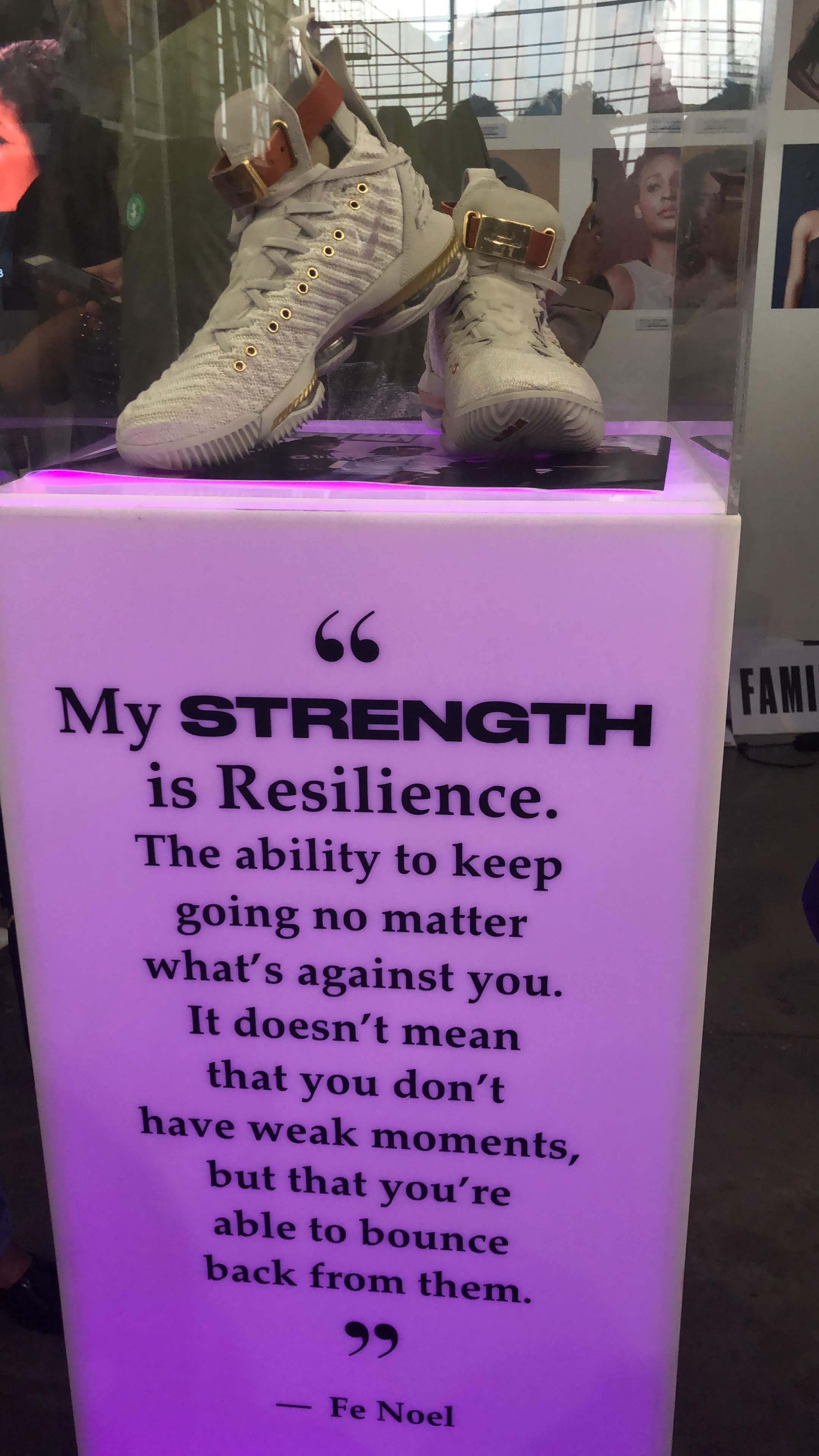 After spending less than 30 minutes at Essence Street Style Festival, I hopped in a Lyft and rode from Brooklyn back to Manhattan to attend my first fashion show. I was beyond excited! Not only was this the first real fashion show I had ever attended, but it was definitely my first time attending as press and receiving a media pass! Back in May, I attended an event in Houston titled “A Girl’s Guide to NYFW” in collaboration with handbag designer Elizabeth (“Beth”) Purpich. At the end of the event, Beth announced that she would be showcasing her designs at NYFW and passed out invitations to all attendees at the event! I was so excited and at that moment, I made the decision that I would attend my very first fashion show since the opportunity presented itself. I kept in contact with Beth via email and she offered me a VIP/Press pass and an opportunity to interview her prior to the show. I was honored and elated! 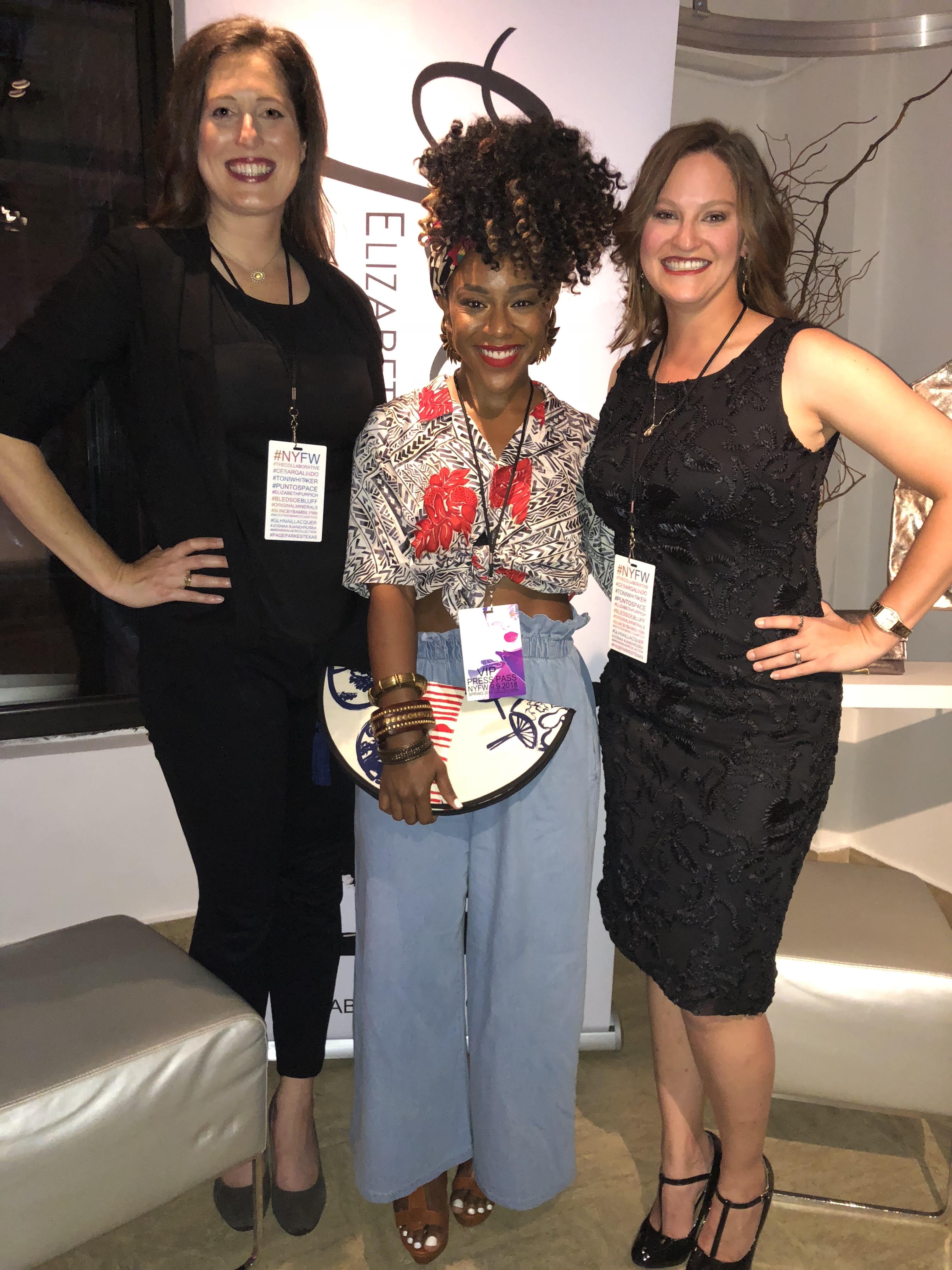 During the Cesar x Beth Fashion Show, Beth showcased her handbags in collaboration with the clothing designs of Cesar Galindo. I was so honored to attend and support designers who are both from Houston. The show boasted a colorful mix of zebra prints, sequins, and florals all with an “Afro punk” vibe. I LOVED almost everything the designers sent down the runway and would definitely wear some of the outfits personally. I think most of us millennials are looking toward Africa for fashion inspiration and creativity, so the designs felt timely and on point. 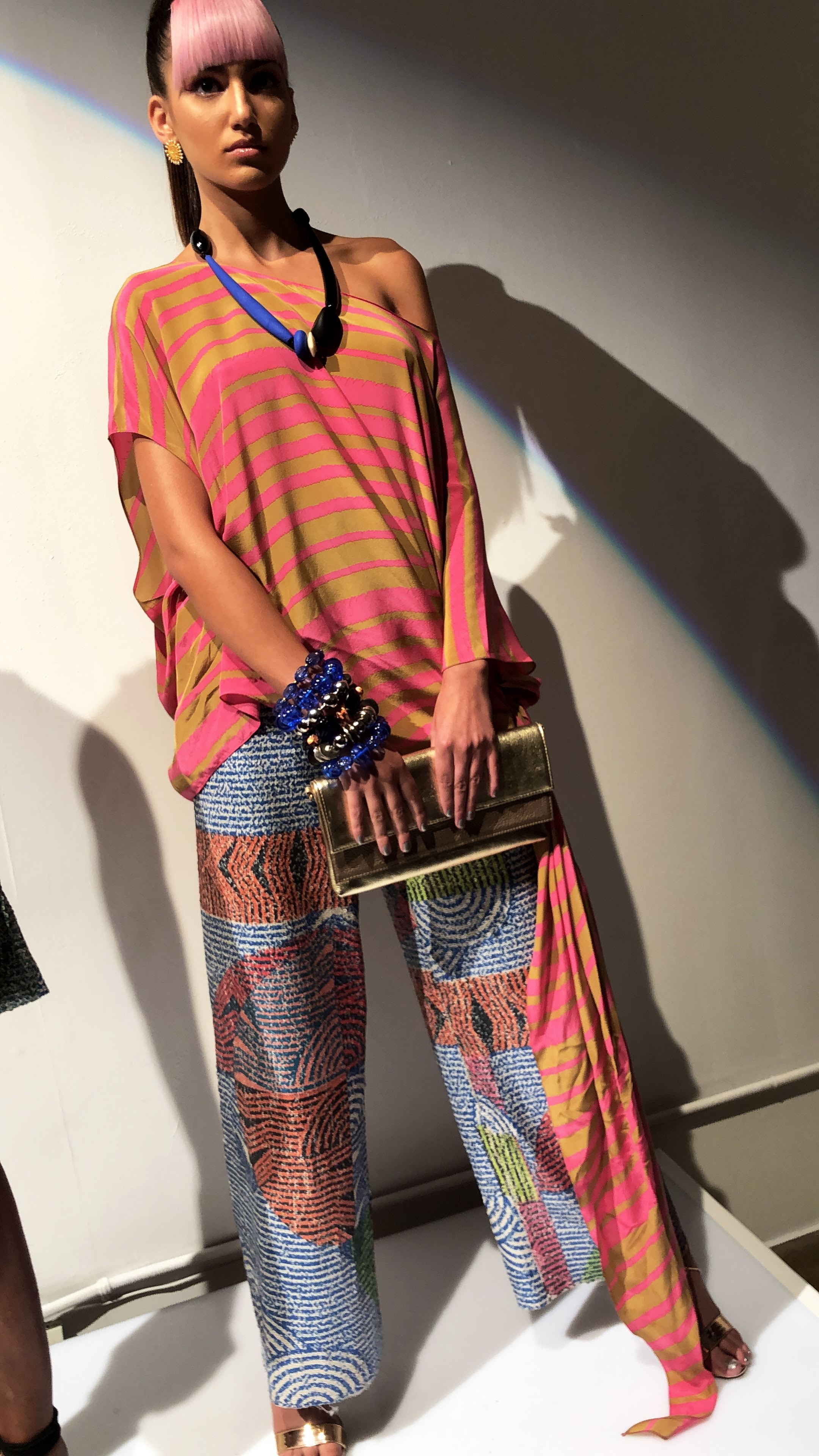 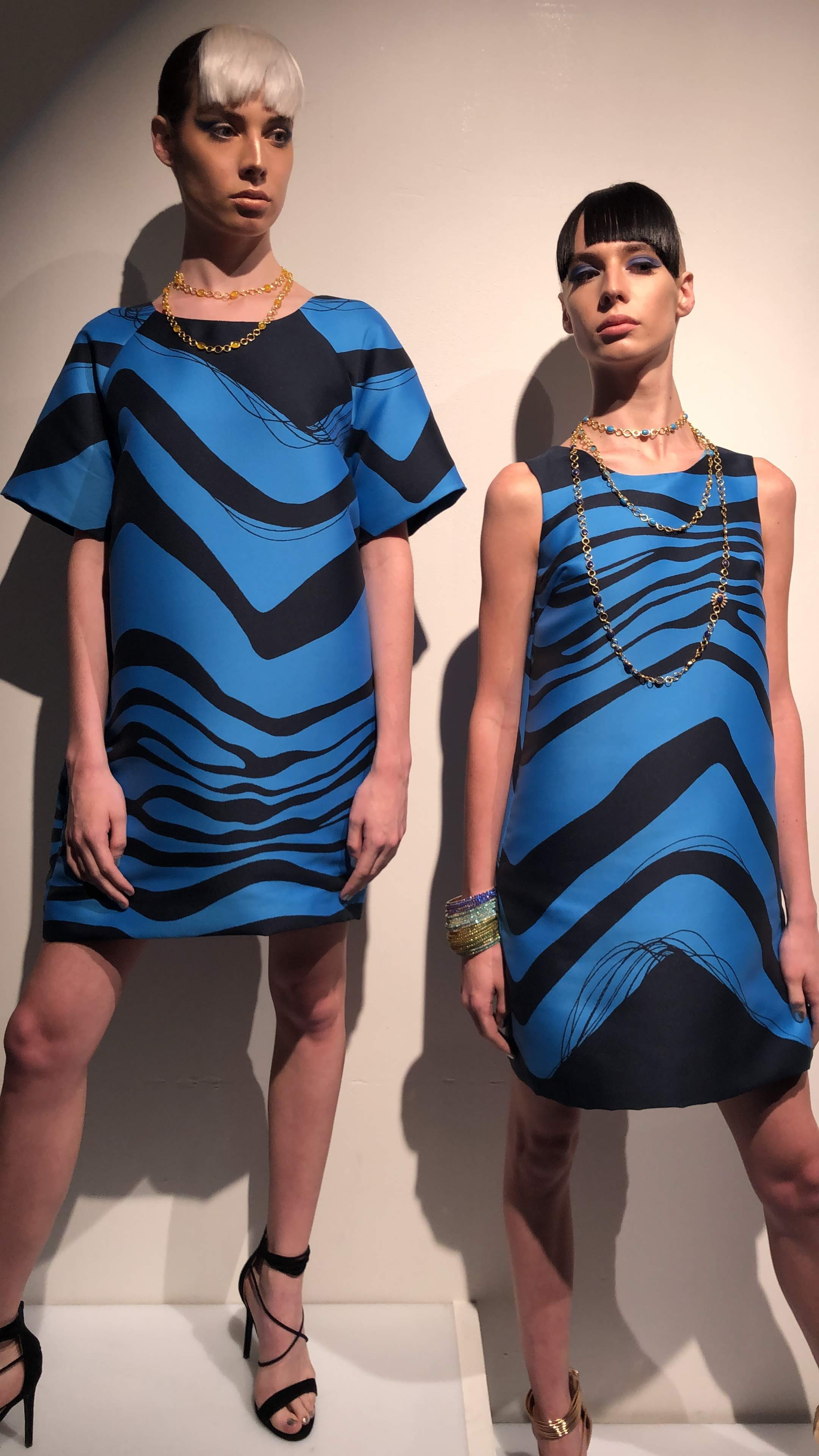 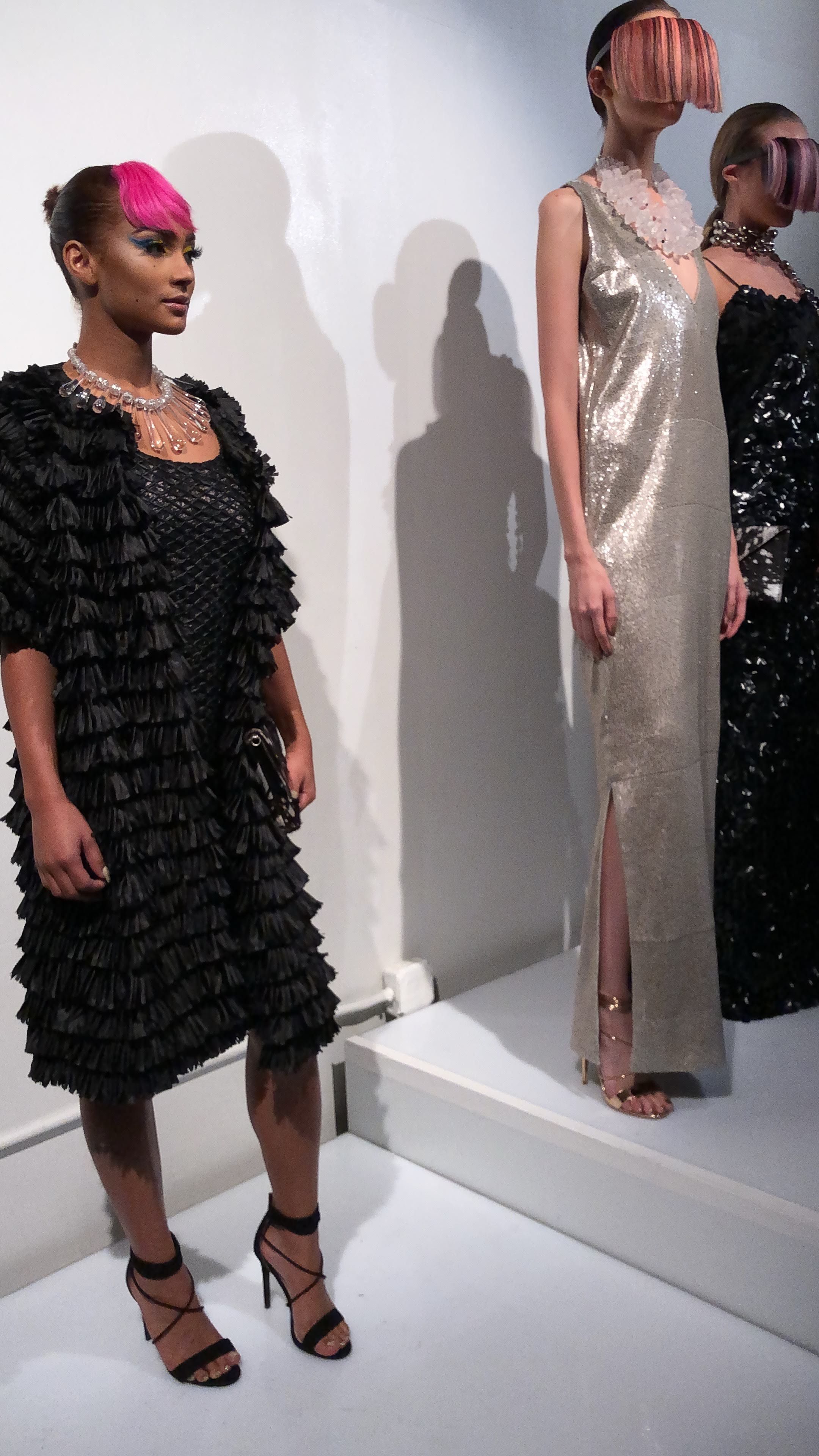 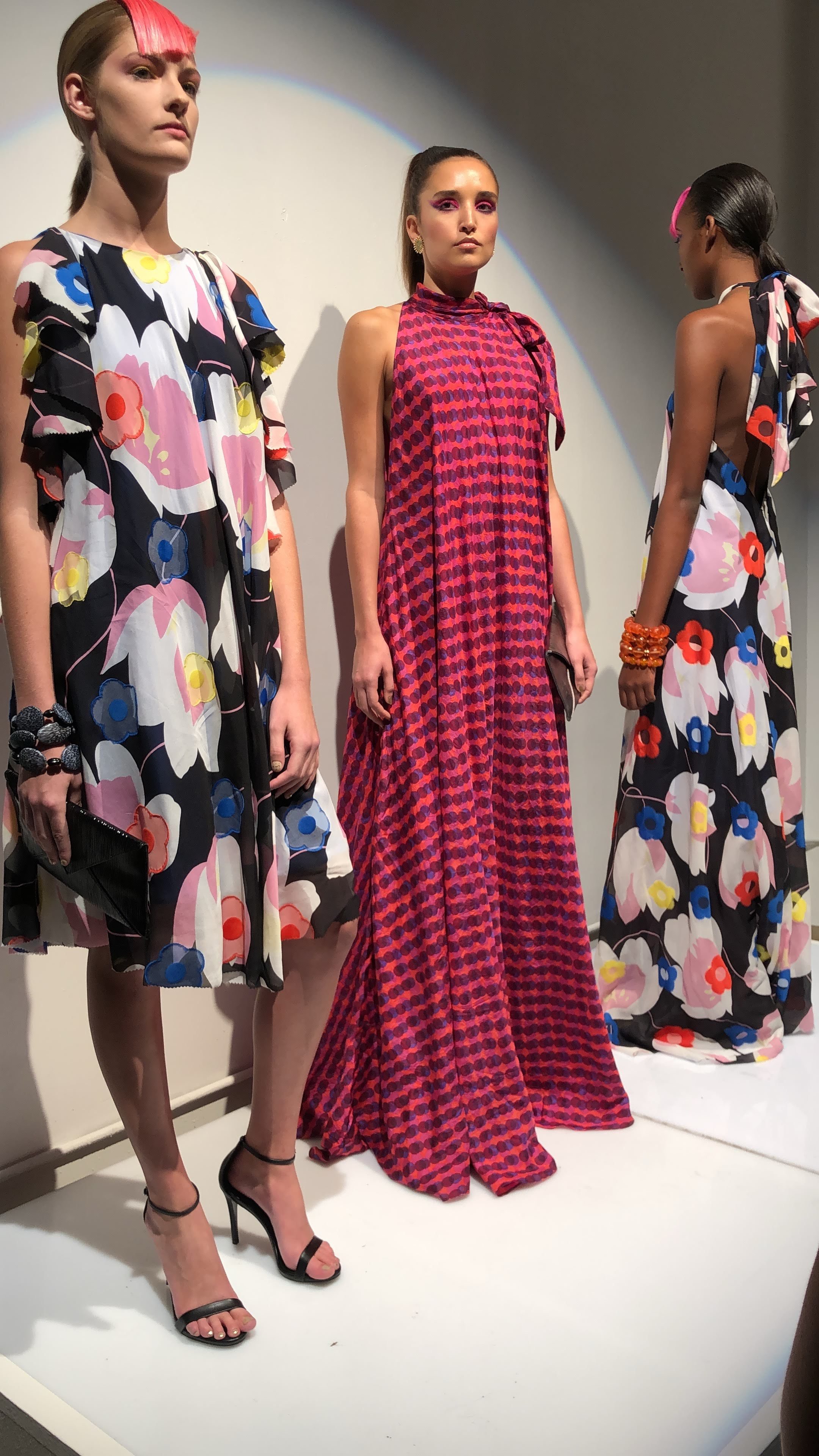 The Interview with designer, Elizabeth Purpich

The highlight of the night was my interview with Beth and her sister-in-law Veronica. This was so special to me not only because it was my first interview experience, but also because I learned that Beth is on a living spree herself! During the interview, Beth noted that she is a self-taught designer, whose vision for creating handbags came to her in a dream. She brought that vision to life in the form of the now popular “Longhorn” handbag. This was the catalyst to her starting a one-of-a-kind designer handbag line. Prior to releasing her first line, she had no prior experience in fashion or design.  She simply followed her dream and the rest is history. Five years later, the Elizabeth Purpich collection is not only a successful handbag collection in Texas, but all over the country. Beth’s living spree is pursuing her dream through embracing her creativity and embarking on a journey that has unlocked her true potential! Watch a clip from the interview below: 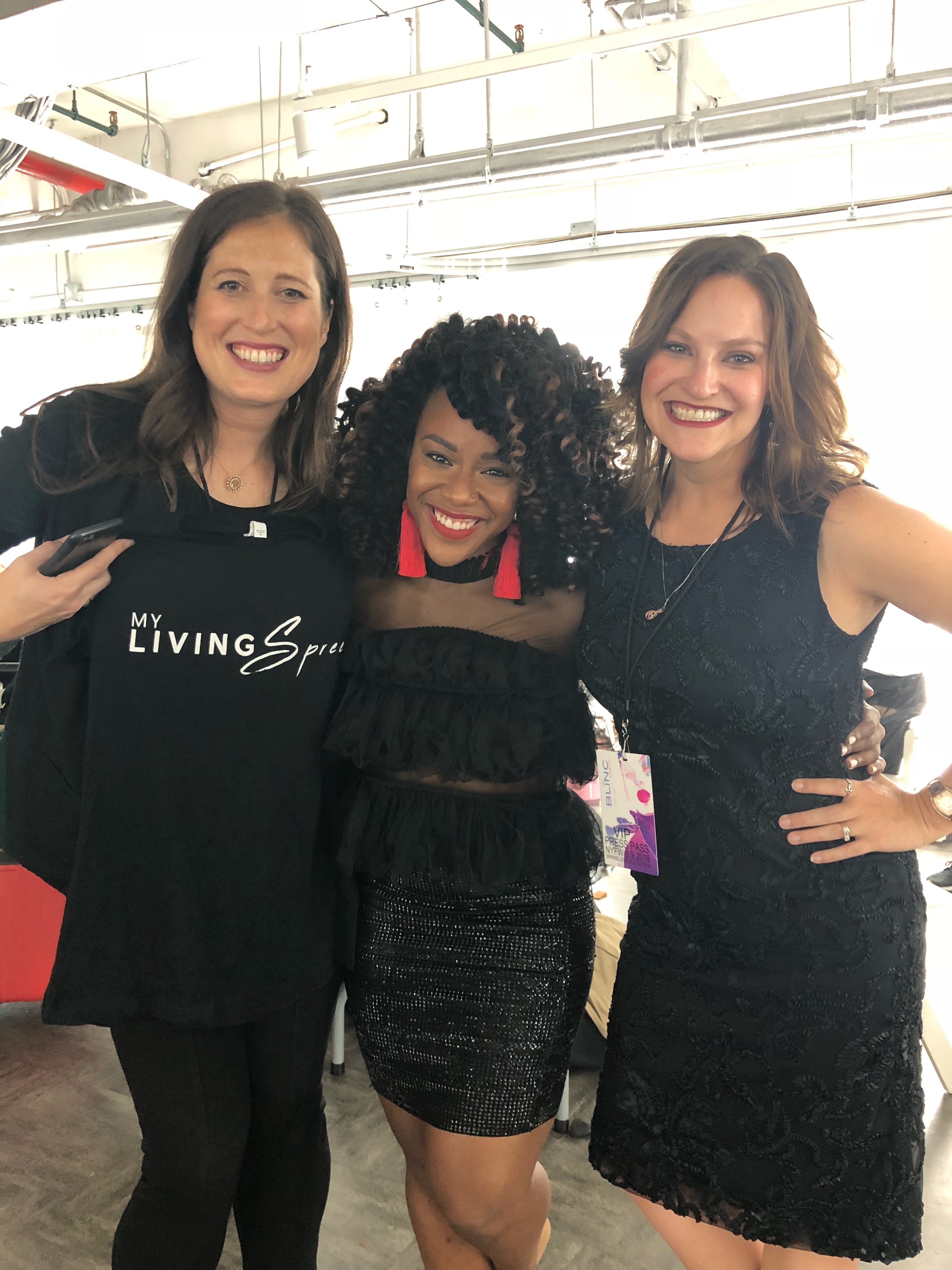 (Beth was excited to receive her “My Living Spree” tee!) 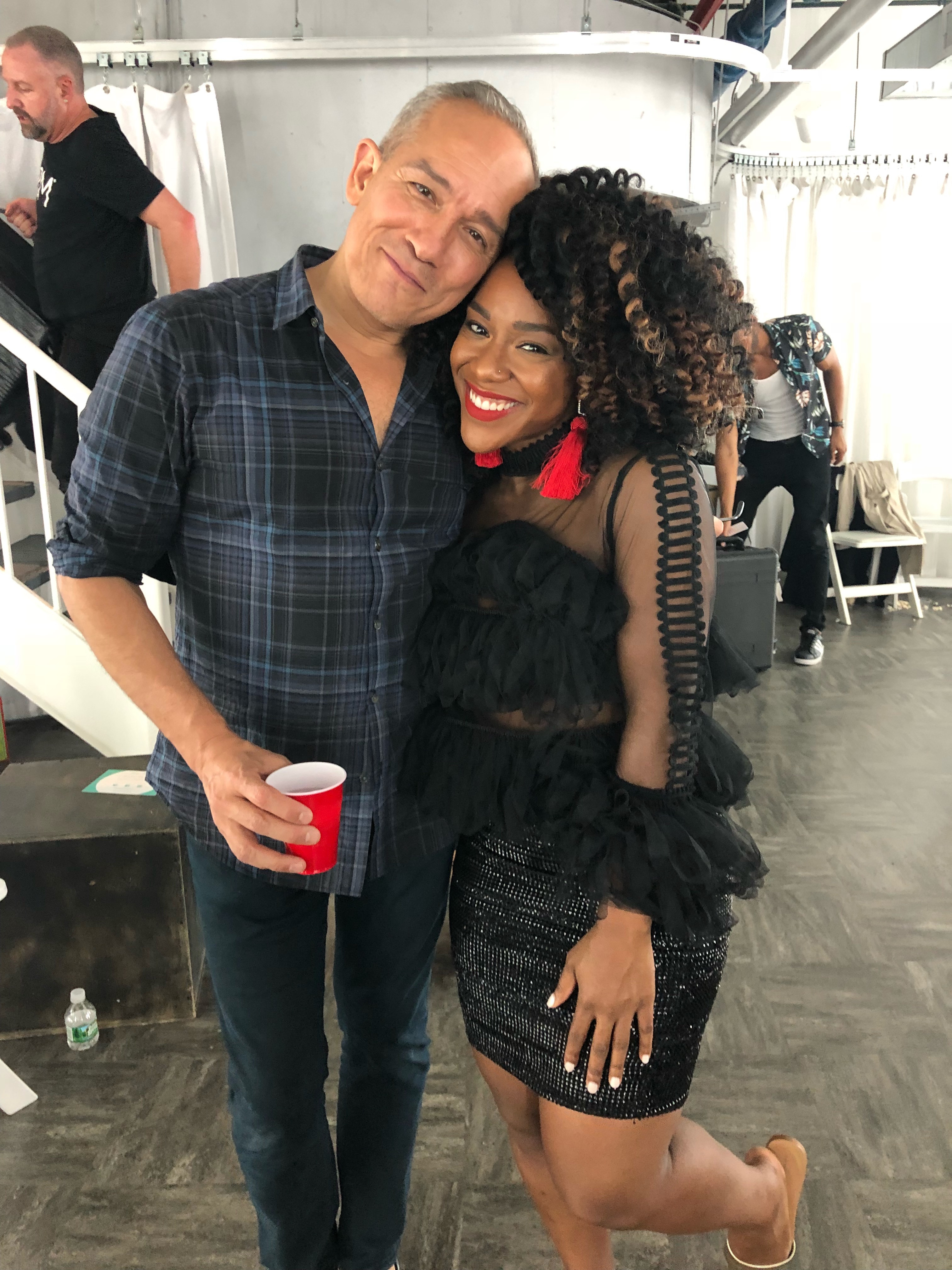 (Pictured above with designer Cesar Galindo)

The Magic of Time Square

After the fashion show, I literally stumbled into Times Square! My face lit up like a kid in a candy store. Walking up and down the blocks on Broadway, seeing all of the lights and billboard signs was literally a dream come true. I had forgotten the magic of Times Square. It was in that moment that I stopped for a photo op (as always lol) and made the promise to myself that I would be back. I promised myself to never diminish my potential and to always believe in myself. I vowed to operate as if I belong in any and every situation and to always seize every opportunity that comes my way. 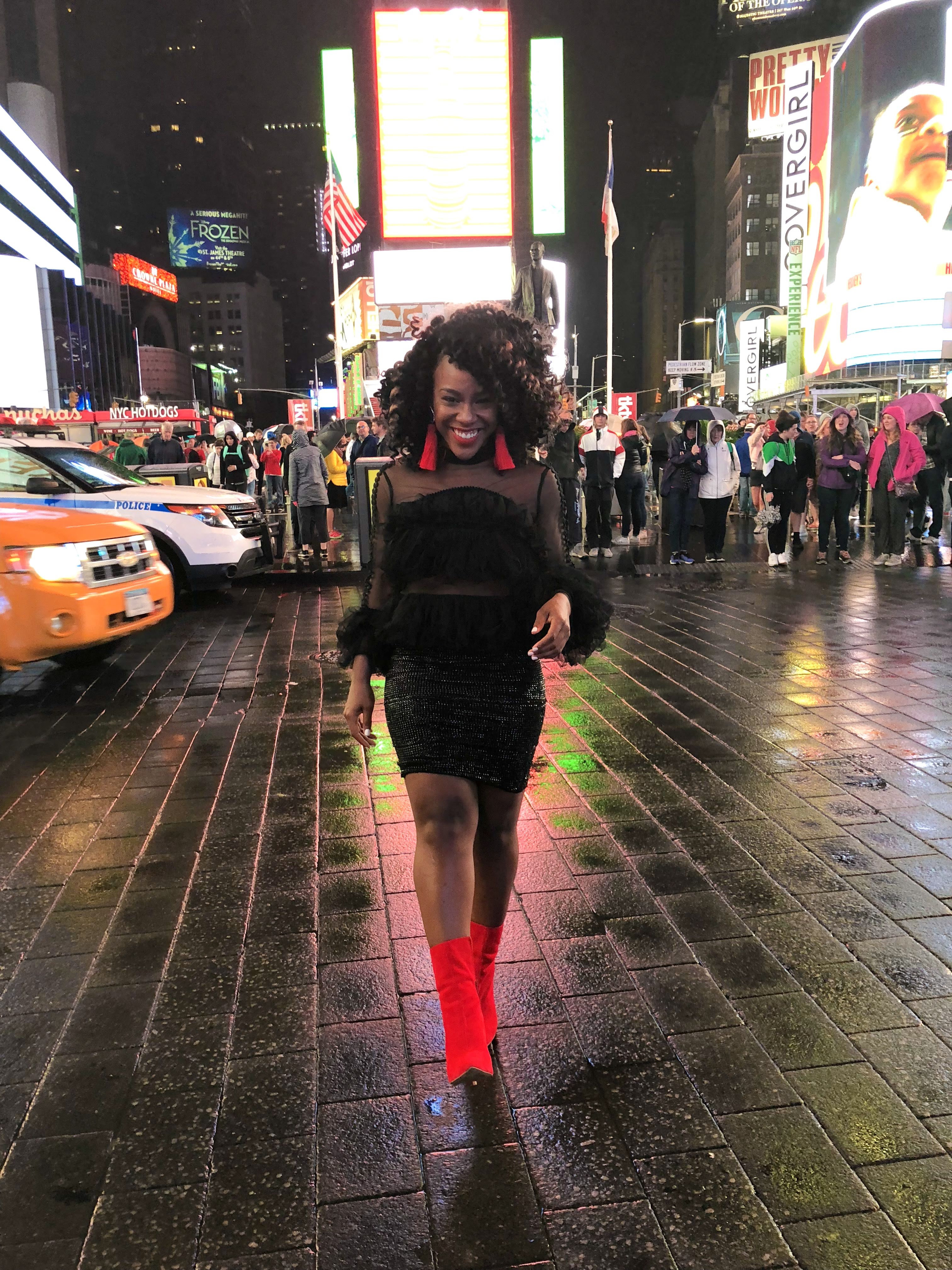 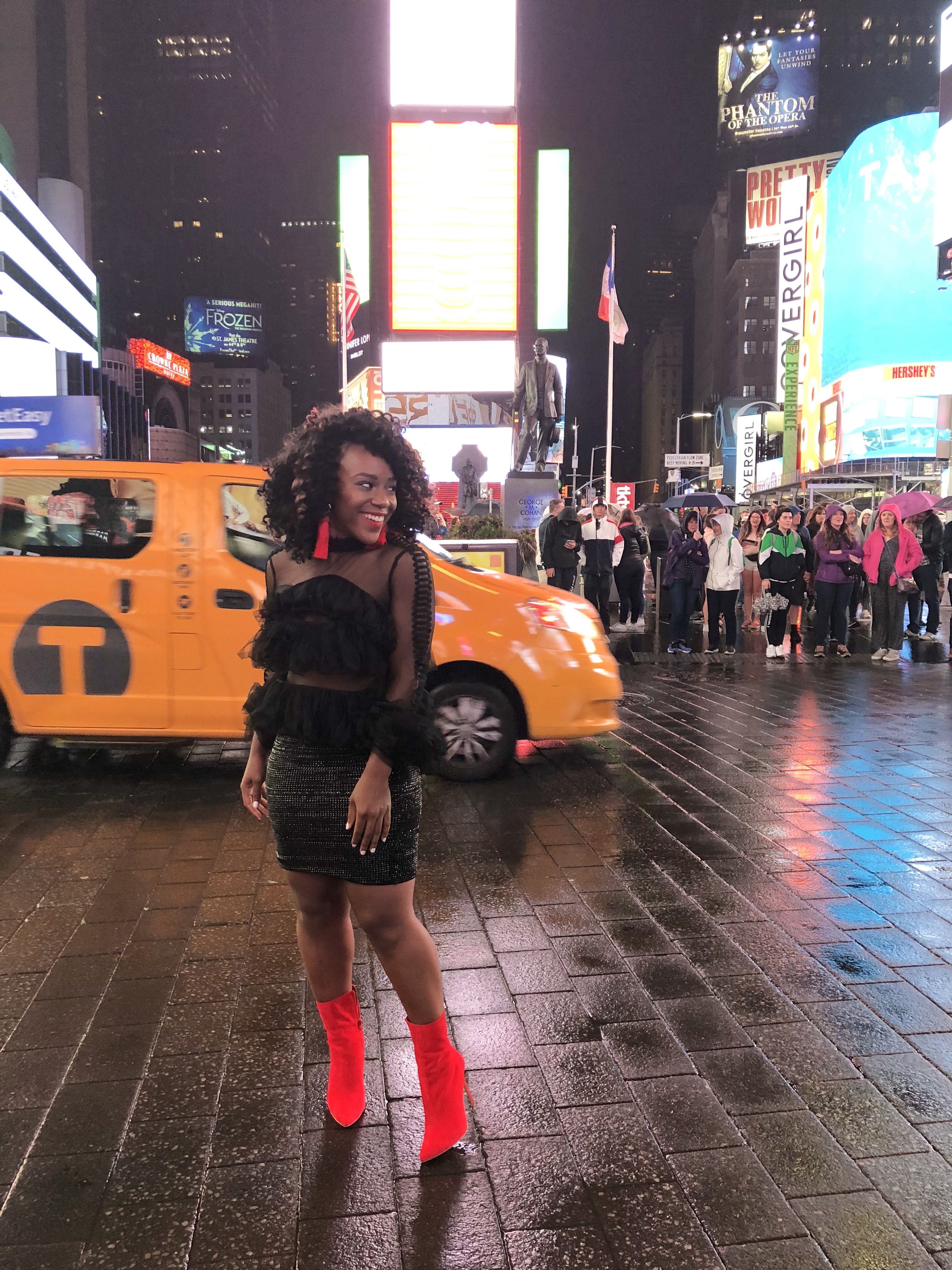 I definitely wish I could have stayed longer than 2 days because there was so much more to see and do. Experiencing NYFW in two days was nearly impossible, but it worked for me in my own way. I was grateful for the experience I had, the inspiration I gained from being in the city, and the connections I made at the shows. I learned that it’s all about setting intentions and putting yourself out there. Never allow fear to keep you from doing something because you never know what good things can come out of it.  Next year, I plan to do NYFW again, but bigger and better than ever! 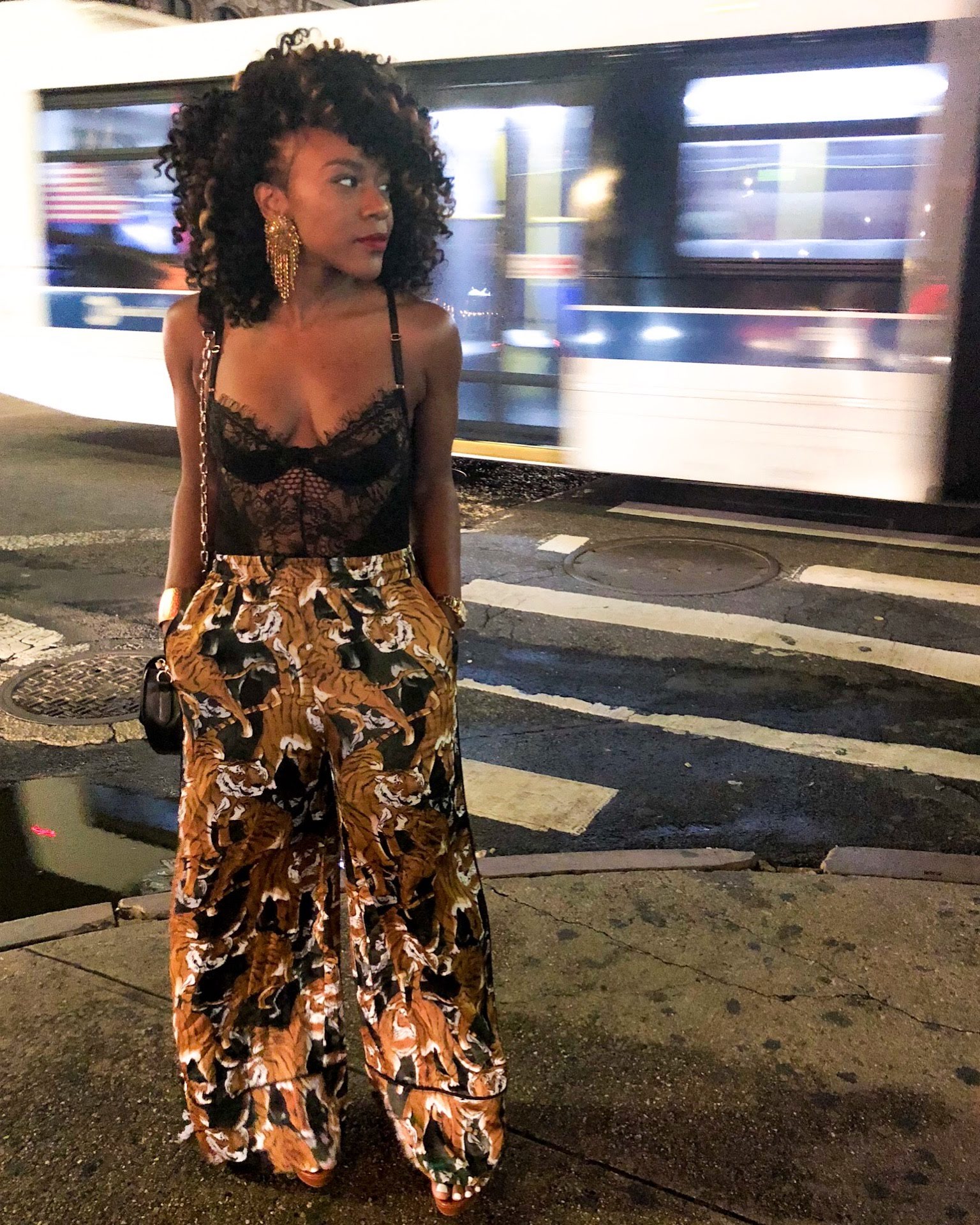 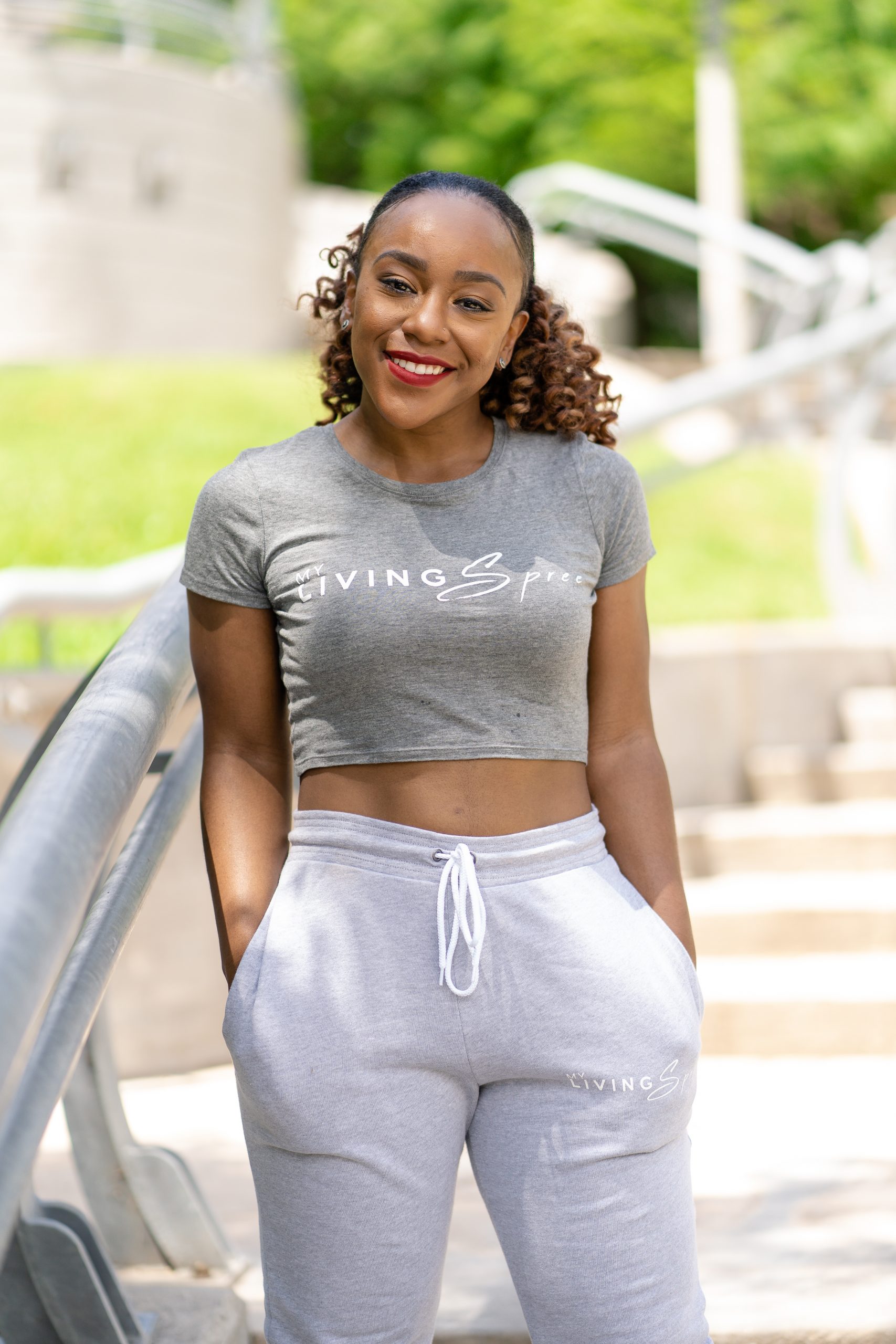 “Little do my friends know they’re healing me

Eased into the new year because 2022 was filled wi

🗣️ Today is the last day to Pre-Order New Mer

🌱 Growth with God is not easy, but it’s neces

Life be lifing, but life is good! ✨ We deserve